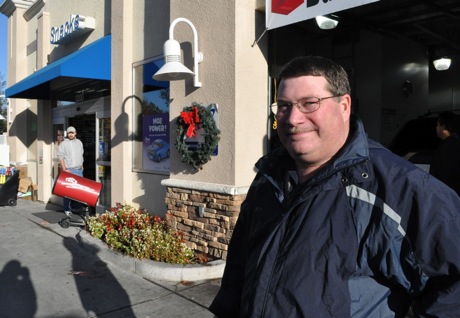 Twenty-eight years ago, San Carlos resident John Poulet, newly returned home from the Marine Corps, was asked by his dad to drop his car off for service at a Menlo dealership. As the young man waited to make the u-turn at El Camino and Oak Grove, he noted a help wanted sign outside Menlo Chevron. Today, John is the service manager at the busy station, one of those garages where patrons trust the mechanics to do the right thing.