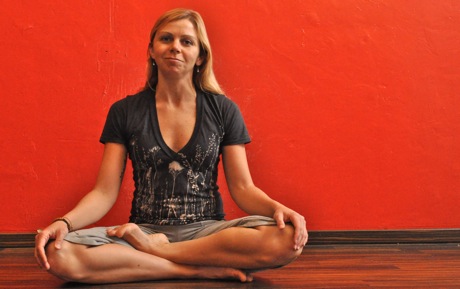 Once upon a time Lisa Haley, proprietor of Be Yoga, a studio located in Menlo Park’s Willows neighborhood, was on the path to get a PhD from Stanford. She took a summer off and ended up following her passion, yoga.

“I look back and think that I really loved yoga – and yoga loved me,” she says. “It was really calling me.”

She opened her own studio in 2008 after teaching at gyms and other yoga studios for half a decade. It was, she describes, her “big moment,” especially given the economic downturn that was right around the corner. But she survived – and thrived.

A resident of Menlo, Haley explored business locations in Palo Alto and Redwood City. For some reason, those leases never got signed. “The Willows is my home – and my community,” she says. “Many of my customers can walk to class. Be Yoga has a personal, neighborhood feel.”

Haley believes yoga is a great option for people who have trouble sticking to a fitness regime. “It meets you wherever you are,” she says. “It’s about learning how to be in touch with your body and builds slowly over time.”