Through it all, Kepler’s endures 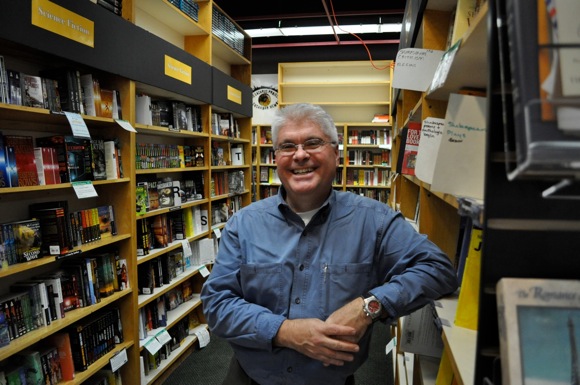 Kepler’s Books is, simply put, a Menlo Park legend. “Our story is so public that there’s little that’s not known about either the store or the family,” says Clark Kepler, son of founder Roy.

But for those just tuning in, the highlights:

“My father’s original idea was to provide every point of view, not just liberal/left wing,” says Kepler, “but just by having the liberal titles, the place was branded Commie. Today it’s a very different community”

Kepler works hard to keep the community support that came to the rescue five years ago. He also continues to adapt the bookstore. For example, customers can now buy gift cards for e-versions of books.

“Technology changes so fast, it’s senseless for us to try to succeed at every new twist,” says Kepler. “We see the future in our  community – people who want  to read and to gather together,  hear authors and discuss their works – a real-world chat room.”

Kepler notes that Menlo Park tastes are very different than during his father’s era. “94025 buys literate fiction,” he says, “but it’s all over the map for non-fiction – history, biography, tech stuff. It’s interesting that rarely more than three or four New York Times bestsellers do well at the store. Our community tastes are so diverse.”