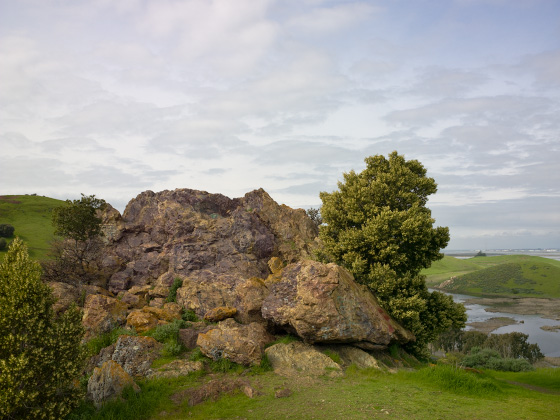 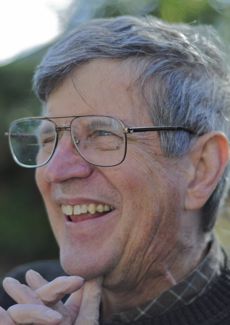 Two ‘canvasses’ hang in David Hibbard’s West Menlo dining room. One is an impressionist wash of colors that leads the eye, inexorably, to a small, drowned leaf in the bottom right corner. Only then does the observer realize that this is a photograph and not a painting. The other is recognizably a photograph – a blizzard of branches, like an artist’s brushstrokes, highlighted by a few, lingering, red-hued fall leaves. It’s a local trail head that’s just a few yards off a busy road, an overlooked scene raised to iconic, hang-on-the-wall status by a very keen eye.

Such are the gifts of Menlo Park-based photographer David Hibbard, whose touch helps render mute the century-plus-old debate over whether photographs are art. Viewers might be reminded of the Hudson River School when viewing Hibbard’s more representational work. Some of his photos – natural abstractions found on beaches and country hikes – evoke Monet and the Impressionists.

All the more remarkable because Hibbard, a Stanford creative writing grad, never intended for photography to be his life’s work. Rather, he worked as a writer for some of Silicon Valley’s largest software firms until he was felled by a serious illness. Returning to better health in 2002, Hibbard decided to pursue photography seriously. His first book, Natural Gestures, was published in 2008.

Hibbard has traveled widely including traverses of fabled landscapes in the South of France and Southwestern England, much favored by painters, but his favorite photo territory remains coastal forests and beaches not far from his Menlo Park home, like the view above of Coyote Hills, just north of where the Dumbarton Bridge touches down on the east side of the Bay.