Matt Foley lives local – be it Menlo or FreshGuide 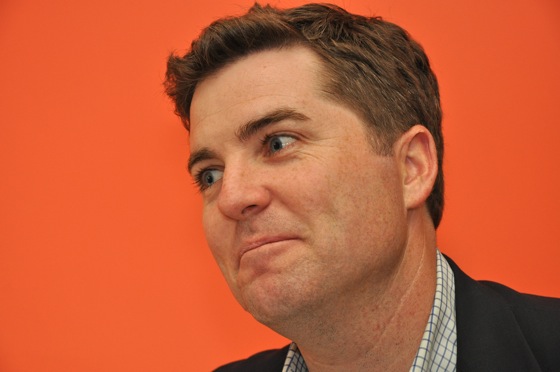 For Menlo Park resident Matt Foley, it’s all about local – at home and at work.

He lives in Suburban Park, where he’s active in the neighborhood homeowner’s association, and is quick to extol its virtues: “It’s a place where you can knock on a neighbor’s door when you’re out of milk or sugar. Kids play in the street. There’s a great sense of community.”

Suburban Park is made up of about 200 homes – and a rumored 200 kids under the age of five – on land that was carved out of the James Flood estate. “Not many people know it was the old race track,” he explains.

Matt’s passion for local is helping grow FreshGuide, the start up he works for that’s just extended its daily deals into Silicon Valley, after an initial launch in San Francisco and Los Angeles. Every “offer” day, members receive an email featuring some of the best places to eat, drink, shop, relax, and exercise – at up to 90% off. InMenlo readers can enter INMENLO at checkout to receive $10 off on any FreshGuide offer.

“I’m hitting the pavement talking to local merchants and residents,” says Matt. “We want to hear what’s on their minds. We want to make FreshGuide the local recommendation engine people can trust.”