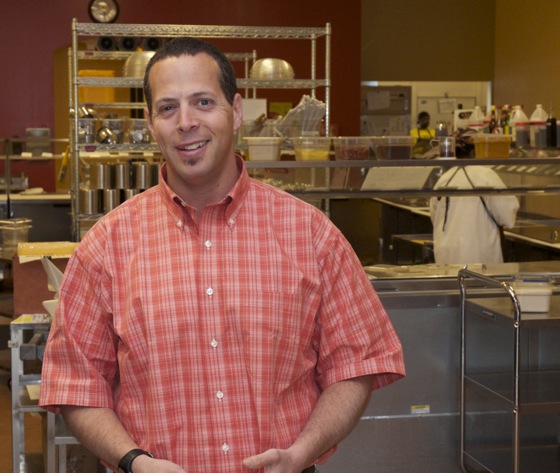 Like the idea of your family gathered around the dinner table Norman Rockwell style? Want to serve a home cooked meal with fresh ingredients? Is the “gotcha” that you don’t have time to shop or prepare? It you haven’t discovered it already, Deeelish! just may be your answer.

“Our meals are designed for active families,” says Kyle Vogel (pictured), co-owner of Deeelish!. “They aren’t complicated and they taste good.”

Started by Jami and Jeff Stevens in 2006, Deeelish! began life as a place where busy folks could gather and assemble meals together, with all the ingredients close at hand. It’s since eliminated the assembly-line step, although groups still take advantage of this feature tied to a specific fund raising project.

Now meals are pre-assembled but not cooked. More than a dozen choices are featured monthly. They can be picked up at Deeelish! (located on El Camino) or delivered, including mass deliveries tied to school pick up times. There are also “Dine 2Nite” frozen options.

Vogel says the Stevenses selected Menlo Park for their business because of its large very busy, residential population. “There’s also a real appreciation for good food here,” he says.

Deeelish! is open nine months of the year, September through May, tied to the school calendar and will close for the season on May 28. Vogel says last year one family ordered 65 meals to help them get through the summer months.

Vogel became a co-owner of the company in 2008 when he and his wife and children (now all under the age of eight) moved back to Menlo largely because of the school district. “We love it here,” he says. “And we just happen to be typical of the customers we serve – families looking for convenience and quality.”

Having Deeelish on Sunday for Mother’s Day! Because I have to make it!