Lawrence McNeil: A bull dog in life and work 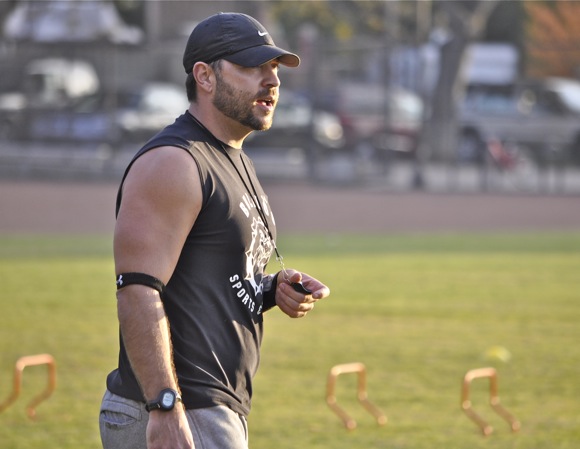 Lawrence McNeil is a self-described bull dog, so it was natural to name his company Bulldog Sports and Fitness. “I did play football for the Fresno State Bulldogs but it goes beyond that,” he says. “I’m really a bull dog in life. The kids even call me Coach Bull Dog.”

A week ago, Coach Law – as he’s known to most others – saw one of his dreams come true, flag football for boys and girls age 5 to 9 being played at Burgess Park, the first of what he hopes will be an ongoing series of classes and competition for young kids, pending the city of Menlo Park’s field usage allocation for 2011. 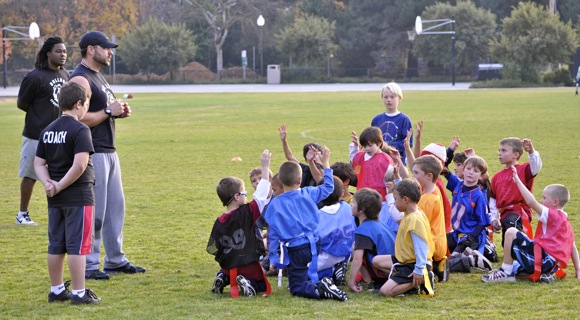 “Football saved my life,” he says. “I spent most of my childhood in foster care and became a high school drop out. I found my way to junior college and the football coach recruited me.  I made all-conference and became team captain.” 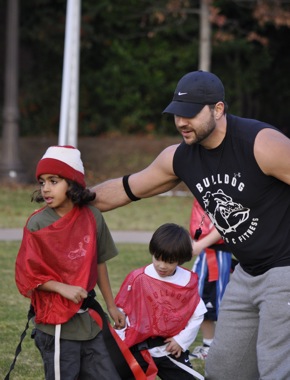 Coach Law played at Menlo College as well as Fresno State and spent four years with a semi-pro team. Along the way he got a taste for education. He has a BA in kinesiology as well as in child psychology and earned a masters in kinesiology, exercise physiology and sports and fitness management from San Jose State University in 2009.

“For a while I wanted to be a police officer,” he says, “but I was helping with a flag football team at M-A and saw football as a bridge to mentoring. I fell in love with sports mentoring and out of love with law enforcement.”

Coach Law is extremely excited about the new flag football program, which he’s worked hard to make happen. “I really feel that this is my big chance, to really make a go of the company and provide a service to the community,” he says. “I’ve put a group of paid coaches together and also use interns.” (Coach Law also operates programs for three Boys and Girls Club and is actively recruiting interns to assist with with these programs. He also offers personal training to children and adults.)

“I can’t help but get emotional about it,” he continues. “I’ve put my heart and soul into putting the [flag football] program together. Plus all the years in school. Now I have something  to give – and that’s so important.”

Coach Law has made a BIG difference in my life. I lost so much weight in just the short amount of time I was with him, that was the best shape I have ever been in in my life. He has such a great purpose in life of helping others out with fitness and education. Lawrence ment so much to me and I will always refer my friends to him. I also congratulate him on his successful opening of his new gym!!