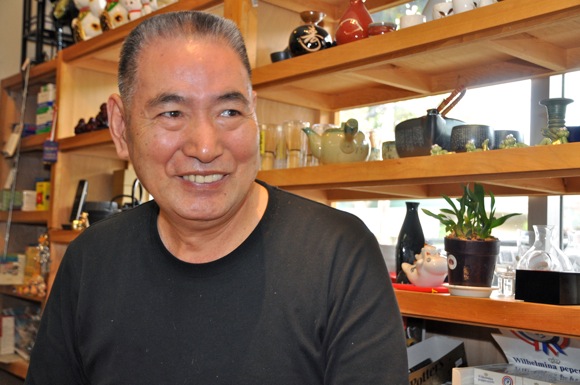 We wonder how many people pass by Nak’s Oriental Market, a downtown Menlo Park institution on Chestnut St. for over 40 years, not knowing the secrets that lie inside.

For example, Nak’s just may have the largest assortment of Dutch food on the Peninsula – maybe the whole Bay Area. “We started that about 20 years ago,” says Seikichi (Sam) Kurose, co-owner of the market along with his wife, Ikie. “Someone came in and asked if we had Indonesian soy sauce – the Dutch are big eaters of Indonesian food. I said, ‘No, but I’ll get it for you.’ I ended up having to buy a case and put the rest of the bottles on the shelf. Our customers started asking for other Dutch food and, over time, our inventory expanded.”

Secret two is the market’s wide assortment of sake – and Sam’s knowledge about the rice wine. “There are so many different sakes, I tell my customers, ‘Only buy an expensive one if your guests can tell the difference.'” 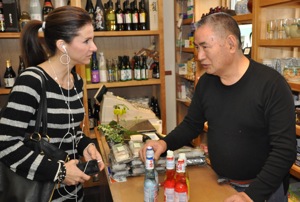 Sam, who reminds his visitor that sake should always be drunk cold, explains that sake comes in grades. He thinks number one grade Dau Ginfo ‘MU’ is a good value at $30, with comparable bottles going for $60 and more. For a less expensive, number two grade sake, he likes Oregon Silver Sake at $14 a bottle.

“My Japanese customers are very interested in American made sake,” he says.

Ikie’s expertise on Japanese cooking is the third Nak’s secret. “People seek her out for advice,” says her proud husband. “She’s shy but once she gets going, she can answer every question!”

The Kurose’s son now works with them at the market. “We are over retirement age, but for now we’re going to keep going,” says Sam. “But I think my son will take over some day.”

That’s good news for both those wanting a great selection of Japanese – and Dutch – food.

Nak’s sounds like a great place. I’d love to check it out.

Only thing is, I don’t recall ever seeing it. Where is it?

When you post a profile of a local business, please tell us where it can be found!

Visiting and shopping here is like taking a vacation to another country (without the long flight!). I discover something new to try every time. If you like tofu, I suggest trying the fresh version.

Thank you inmenlo for the nice article you wrote about my folks and our store. It’s a great article!
Regards,
Ken Kurose

I second every good thing ever posted about Nak’s. The owners are super nice and helpful. Nak’s is a great, local resource. Keeps me on my bike for quick pick-ups. Thanks!