The pests of Menlo Park and Atherton 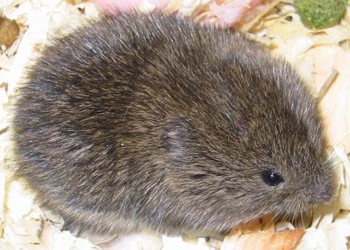 The marks in the grass are distinctive – scratched patches of sod pulled apart, the handiwork of raccoons scrounging for grubs and worms. This has been a seasonal problem – mainly winter months – noticed by this contributor since moving back to Menlo Park 20 years ago.

Raccoons aren’t the only wildlife challenge here. The Almanac reports that the city of Menlo Park recently paid to have squirrels eradicated from Bedwell Bayfront Park, either because they were dragging garage to the surface or damaging the landfill cap (accounts vary).

And while squirrels and raccoons have been part of the Menlo and Atherton landscape for decades, there’s a newer pest nuisance – voles, who residents say have only been a problem for the last couple of years. But a problem they can be.

According to Purdue University entomologist Timothy Gibbs, these small rodents “are of pest significance in turf and landscaped areas for two reasons: They tunnel and burrow in turf areas, and they gnaw on the trunks and roots of various trees and ornamental plants.”

The other challenge in “vole management” is that they are the most prolific of all rodents, producing up to 17 litters in one years with over 80 offspring. Writes Gibbs: “Assuming that her offspring also mated and reproduced, several thousand voles could result form one female in a years time.”

So if you think you’re seeing more and more evidence of voles in your yard, your eyes aren’t deceiving you.