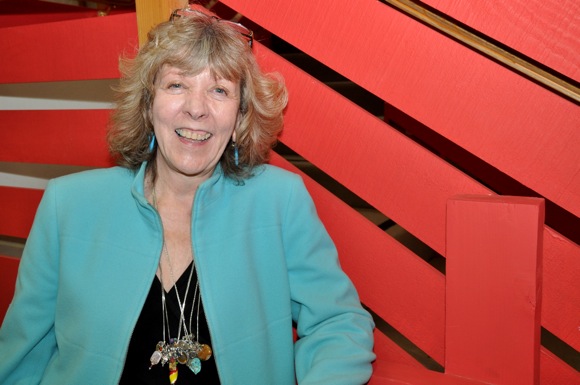 There’s a new elementary and middle school in Menlo Park but don’t expect to find classrooms or textbooks. “We try not to do anything that’s typical,” says Anabel Jensen, the school’s President & CEO. “We try to do the unusual.”

Synapse School opened its permanent location last fall and currently has just over 30 students; the eventual enrollment will be between 100 to 120.

Both Anabel and co-founder Karen Stone-McCown have roots at Nueva School in Hillsborough, which Karen established in 1967 and where Anabel served as Director for 14 years. They later founded Six Seconds, a nonprofit organization dedicated to bringing emotional intelligence into practice in schools, families, organizations and communities, with a mission “to support people to make a positive difference – everywhere, all the time.” Along the way, they continued to hear about the need for a school that showcased their philosophy – and that one day could be duplicated world wide. 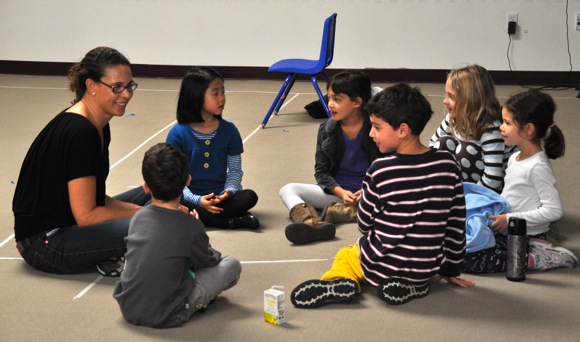 The two started Synapse School in 2009, which operated first in a garage and then a church before moving to its permanent location on Edison in Menlo Park. The school combines the Six Seconds emotional intelligence educational model with the helical learning model established by Gigi Carunungan, who serves as the school’s Program Director.

On a recent visit, we talked to Anabel about what surprises and puzzles prospective parents when touring Synapse School. “They’re puzzled by the environment – like the huge giant maze in the middle of the building. And also by the informality – everyone is on a first name basis here.

“They’re probably surprised by the amount of movement. There’s research that the brain expects to move 12 miles a day, and we take that into account in planning integrated learning activities that are anchored to monthly concept themes.

“They’re also surprised by assumptions of what should be at a school. We don’t have textbooks or worksheets for example. The focus of learning is in understanding rather than memorizing information.” 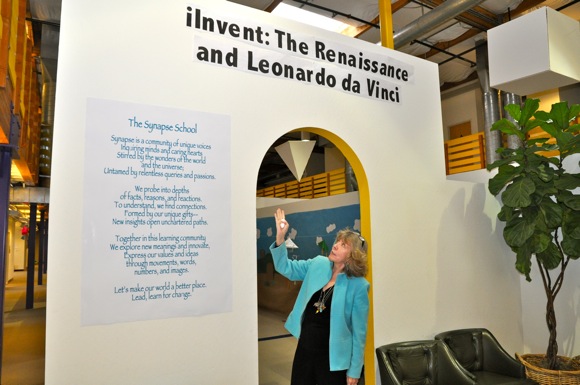 Anabel says that Synapse is a good fit for a student interested in solving problems, who wants to find connections, whose curiosity is extremely high. “We also want a child who is willing to work hard and be diligent.

“Above and beyond, the school must fit the parents definition of what a wonderful education is,” she continues. “If the parent isn’t comfortable, the child won’t be comfortable, and no one will be satisfied.”

Information about admissions is available on the school’s website or by contacting Marsha Rideout, Director of Admissions: marsha[at]6seconds.org or (650) 685-9885.

Congratulations on this wonderful school and its brilliant staff, especially to Annabel Jensen, Marsha Ridout and Gigi, for their important work in the development of social, emotional, intellectual and cognitive skills. It will certainly be an example for many people and their families.
No doubt this is the kind of schools that children need in this XXI century
¡¡¡¡¡Congratulations, in good time Annabel !!!!!!

WOW, once again another innovative and creative look at EQ and helping our children prosper! What sourt of pre-post measuring might you be doing to show all the positive and unique growth of the kids?

What this article didn’t mention is almost every child at Synapse has a special need issue. Proceed with caution and ask about the students they “hide” on shadow day. Administrative staff throw a great sales pitch, but fail to deliver the education they promise. Read the reviews, watch class, and talk to previous parents before sending your child here!