Update: Butterscotch bakery is on the go 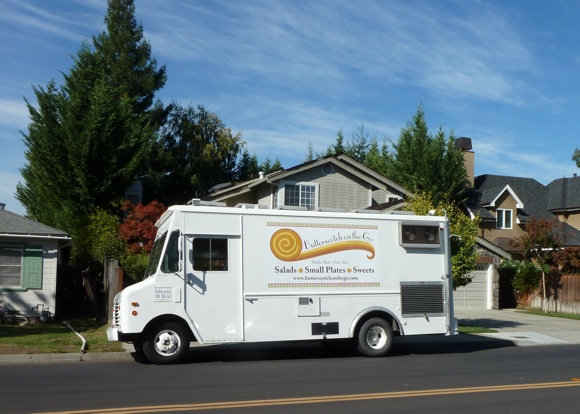 We got an update from Menlo resident Kathleen Jensen, who, when we talked last summer, was busy refurbishing a Red Cross truck into a food truck that would showcase her baked goods.

Butterscotch Bakery is now officially Butterscotch on the Go. Emails Kathleen: “We don’t have a set schedule yet, but we have been in the Bohannon office area on Jefferson near Intuit in Menlo Park serving lunches. Sandwiches are on artisan bread, soups are made from scratch, entree salads and homemade desserts from Butterscotch Bakery (me!). Biggest hits in the dessert category are the butterscotch brownies with brown butter icing and the butterscotch pudding with whipped cream and smoked almond chocolate brittle.”

Hi – I’d like to email Kathleen Jensen about her catering truck. Our company would be interested in having her stop by our site in Palo Alto periodically. We’re a company of approx 100 and we are just of Page Mill Road.
Thank you!
Linda

Are you ever in downtown Mrnlo Park? Or near it? When the rain goes away.

Your truck is so cute! Hope all is well with Butterscotch bakery.
Best,
Chris and Debbie
angelheartcakes.com

Where can I find your weekly schedule?