Jaya Virmani, M.D.: Physician with a focus on health education 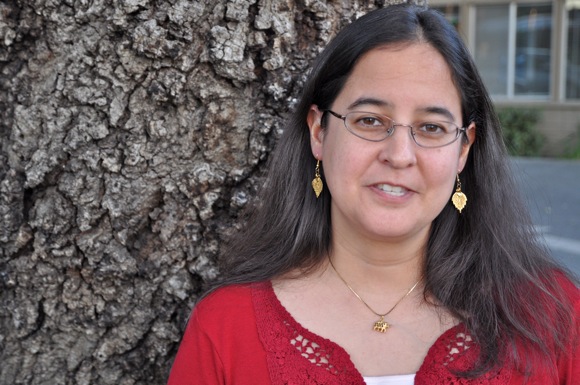 In 2002, Dr. Jaya Virmani and her colleague Dr. Soa Yee Tsung took the somewhat bold step of leaving the “comfort” of the Palo Alto Medical Foundation (PAMF) to open their own private practice in Menlo Park. “We wanted more freedom — and more time to spend with patients,” says Jaya.

Now almost a decade later, they have built a thriving practice that they run from a nondescript office building — “it used to be full of dotcoms,” says Jaya — near Burgess Park. And instead of a patient load of 3,000 like they had at PAMF, they see 700 people, with a focus on health education and disease management.

Jaya grew up in the South Bay and thought she wanted to be a vet but became drawn to human medicine towards the end of her undergrad years at UC Davis. “Working for vets, I found veterinary medicine limiting in what you can do,” she says. “I knew I wouldn’t do well with the restrictions and chose to specialize in internal medicine because of its breadth.”

Her patients range in age from 17 to 95, and Jaya thrives on the diversity and the challenge of understanding the health needs and concerns of each one of her patients. “As a practice, we tend to not send our patients to specialists as often as other physicians. We spend time with people and research each case thoroughly to figure out what’s going on with them.”

Unlike many other practices, the two doctors don’t have contracts with insurance companies. Patients are responsible for payment. Those with PPO insurance are given a copy of each bill for possible reimbursement at “out of network” rates.

On the flip side, what they provide is time, personalized for the each patient. Physical exams are given 60 minutes; people with complicated chronic illnesses get 90 minutes; sick visits are 30 minutes.

“People need a lot of reassurance in general about their health,” says Jaya. “We see this as an opportunity to educate. We really try to look at the whole picture. If you’re not looking at the whole person, you’re not really taking care of the patient.”