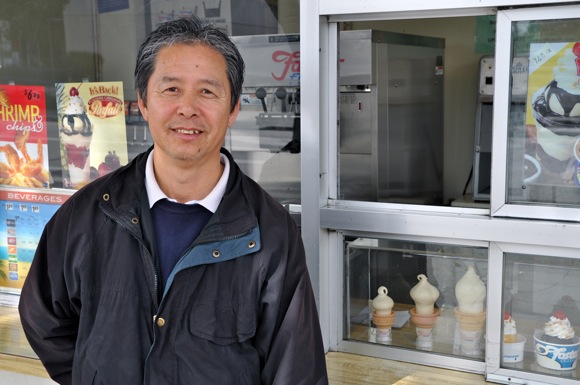 To Menlo-Atherton High School graduates of a certain age, Foster’s Freeze was the quintessential teenage hangout. The iconic soft serve ice cream/burger stand on Oak Grove Avenue in Menlo Park – built by some accounts in 1949 – retains its sentimental value to this group as well as residents who can’t imagine the city without its Foster’s. 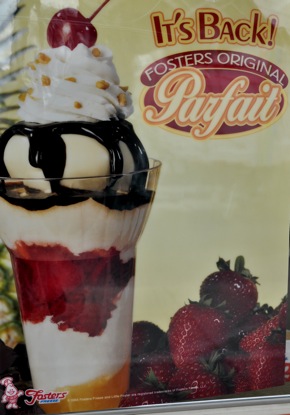 We stopped by the other day and visited with Sung Lee, who’s owned the franchise since 1986. He said he purchased it from his sister who owned it the previous decade. He thinks it opened in the late 50s (hard to nail down how long it’s been around!). “Business fell off when M-A closed the campus for lunch,” he said. “But the older construction guys still come around as do families. And the kids come on minimum days.”

Over the years, the idea that Foster’s would be torn down has created an immediate clamor. In 2006, a petition containing hundreds of signatures was presented to the City Council, seeking to avoid its demolition as part of the Derry Mixed-Used Project, which would include residential units and commercial space. Other affected businesses are gone. Peninou French Laundry moved to Crane. Wo Sing Laundry is shuttered and the two stores next to the Foster’s parking lot appear to be temporary.

“The Derry Project has been on hold since Spring 2008,” said Megan Fisher, Associate Planner in the City of Menlo Park’s Community Development Department. “There will probably be a different approach to the redevelopment – there’s not an approved project at the moment. So Foster’s isn’t going away any time soon.”

That should please the Facebook Group Save Fosters Freeze Menlo Park. Having more customers would please Mr. Lee.

Had a dipped cone there today!