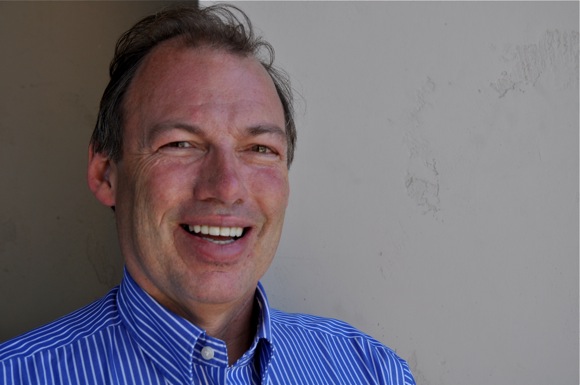 Survey what Sam Perry has undertaken in his adult life, and it takes a moment for the dots to connect. Community organizer in West Virginia with Vista. Reporter/editor for Reuters and United Press International. Corporate venture capitalist for Reuters Greenhouse I RVC. Investor/executive in dozens of Silicon Valley companies including Yahoo! and Tesla Motors. And now one of the founders of Gemz.

“It all comes back to local,” he says, commenting on the variety of his pursuits, which also includes a stint studying pandemic flu at Stanford.  “All economies are local. Reinvesting in our communities is crucial.”

Sam has lived in Menlo Park for more than a dozen years. “When I moved here, I was looking for a place that had a central downtown. Menlo fit the bill. I like my neighbors and that the venture industry is based here. I admire the governing efforts of our City Council. And I like downtown and our local merchants.”

Menlo Park was selected by Sam and his fellow Gemz founders as the second location to offer Gemz, a free local loyalty program that gives points for shopping at neighborhood businesses. Participants can collect Gemz from one merchant and use points to redeem a reward at the same or another merchant. The Gemz app is available for iPhone and downloadable from iTunes.

“There are many good reasons we chose Menlo Park,” says Sam. “The first and foremost is the pioneering thinking of Clark Kepler and Steven Eichler and the groundwork of Hometown Peninsula.” (The Gemz team will be speaking at that group’s next meeting on Monday, July 11 starting at 5:30 pm in the Roy Kepler Pavilion inside Kepler’s Books.)

“The point is helping your local community. Our whole focus is independently run, independently-owned local businesses. Accruing Gemz with every transaction is good both for the merchants and the shoppers.”

Sam explains that it’s not eyeballs they’re after but face-to-face time. “Our goal it to increase the speed of transactions in every shopping district we serve and also the redemption speed. Getting something back is the fun!”