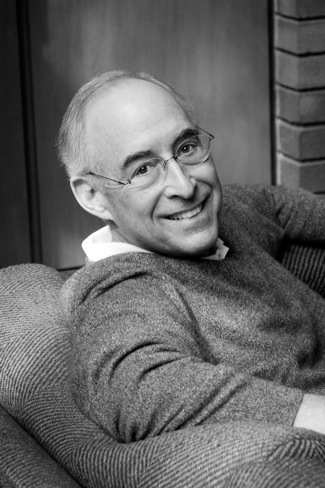 Ken was the Executive Chairman of Echelon Corporation in San Jose since 1989. He also served as CEO of Echelon from 1988 to 2009 and President from 1988 to 2001. Echelon is a pioneer in energy control networking for smart electric grids, smart buildings and smart devices. He was currently a board member of the Rice University Board of Governors and Just Answer.

Ken, with three associates, founded ROLM Corporation, a telecommunications equipment company, in 1969. He was CEO, President and a director at ROLM from its founding until its merger with IBM in 1984. Following the merger, he became a Vice President of IBM and a member of its Corporate Management Board. He remained in that role until 1986.

He was a past President of the Board of Stanford Alumni Association and a past member of the Advisory Council of the Stanford Graduate School of Business, of Stanford Associates, and the Board of Directors of the Community Foundation of Santa Clara County. He was an American Electronics Association director for 5 years serving as the chairman in 1977, a former director and chairman of the Santa Clara County Manufacturing Group, and a member of President Reagan’s Economic Policy Planning Committee and the Committee to advise the President on High Temperature Superconductivity.

Ken was a recipient of the Distinguished Alumnus Award from Rice University and a member of the National Academy of Engineering. He was a member of Phi Beta Kappa, Tau Beta Pi, Sigma Xi, Sigma Tau and IEEE. Ken was an incredibly gifted businessman and lent his expertise on the boards of Sun Microsystems, Knight Ridder, ASK Computer Systems, StrataCom, Inc., and Charles Schwab Corporation, among others.

Even with all of his professional accomplishments, Ken felt the most important thing in life was his family whom he loved dearly. He is survived by his wife of 49 years, Barbara, his sons Peter and David and their wives Stephanie and Joanna, his four grandchildren Kate, Michael, Elizabeth and Jonathan, along with his brother and sister-in-law Rick and Tania Oshman of Houston, TX, and many nieces, nephews and cousins. He will be deeply missed by his family and friends. In lieu of flowers, donations may be made to an organization of your choice.

I worked for Echelon for many years. Ken was an outstanding CEO, and an absolutely wonderful person. He taught me so very much, and I will always be grateful for his impact on my life. RIP.