9/11 remembrance service at Trinity Church on Sept. 11 with representatives from three faith traditions 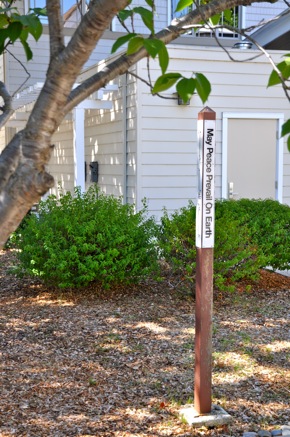 Representatives from the Christian, Jewish and Muslim faiths will take part in a 9/11 remembrance service at Trinity Church in Menlo Park at 5:00 pm on Sunday, Sept. 11, which is the 10th anniversary of the terrorist attacks. All interested community members are invited to attend.

“Our hope is not only to provide a simple prayer service to allow members of the community to pause, remember, reflect and pray for healing, but also to demonstrate that members of the Jewish, Muslim and Christian communities can come together in a way that promotes healing and peace,” said the Rev. Matthew Dutton-Gillett, rector of Trinity. “It is this kind of unity that must happen more broadly if a more peaceful world is to be possible.”

The service will include prayers and brief readings from the sacred scriptures of all three faith traditions and feature music from John Phillip Newell’s work, Chanting for Peace. At the end of the service, everyone will be invited to light a candle and move to the outdoor Peace Pole where they can leave their candle at the base of the Pole as a symbol of longing for peace.

In addition to Trinity clergy, participants include:

Trinity Church, an Episcopal community, is located at 330 Ravenswood (corner of Laurel) in Menlo Park.