Corner of Santa Cruz and Crane: From florist to gift shop with a touch of belly dancing 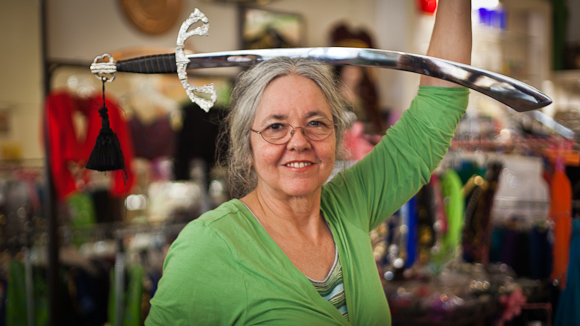 Several of the commercial establishments in downtown Menlo Park have an unusually long and personal history — such is the saga of the corner of  Santa Cruz Avenue and Crane Street. Leigh and Lillian Aldrich first opened their flower shop on Santa Cruz Avenue in 1952 on the corner of Evelyn Street. That was a time following the end of WWII when most of the downtown was being rebuilt under the inspiration of Mayor Charles Burgess. 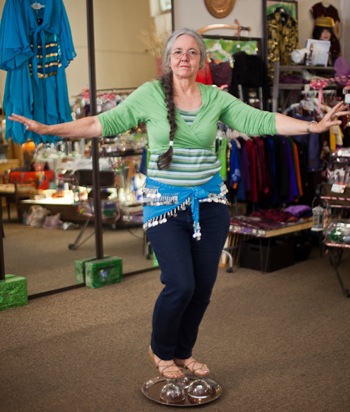 Crane Street. The corner unit was combined with the adjacent unit on Crane to house their shop. A few years later the Aldriches persuaded Ann’s Coffee Shop to move into their building from a smaller space nearby. During the succeeding years, Menlo Florist and Gifts became the place in Menlo Park for flowers and floral arrangements.

In the 1980s, the second generation — Allan Aldrich and his wife Leslie — took over active management of the shop. As the years went by, their floral business came under increasing competition from local grocery stores, the farmers market, and online retailers. Then disaster hit in 2000 when careless roofers caused a fire that closed the business for a year while the fire damage was being repaired.

Soon after reopening, the Aldriches decided to abandon the florist side of the business and concentrate on gifts, renaming the shop Menlo Gift Bazaar. Recently Allan retired for health reasons, although he is frequently in the shop, leaving day-to-day management to Leslie.

Leslie has added a unique touch to the shop and to Menlo Park. She had always been interested in belly dancing, so she started holding classes in belly dancing after regular business hours. In fact, the shop sells costumes and props used by belly dancers. This function of the shop is now known as Radya’s Bellydance Bazaar, Radya being Leslie’s dance name.

Radya and a half a dozen other dancers have established the Zambilita Ethnic Belly Dance Troupe. Visit their website to find out more about them. To learn more about the belly dancing classes, contact Leslie at (650) 323-5151. 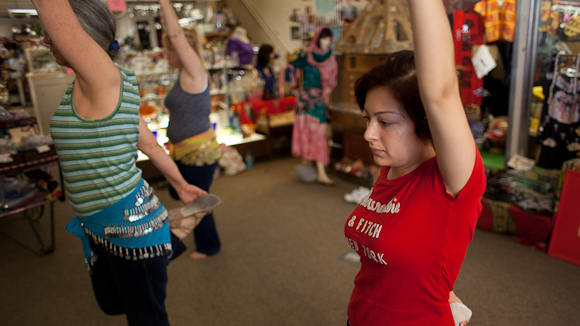 I delivered flowers for Leigh, then Alan, and Leslie all through high school and into college (1980’s). Great people. They really cared about their product. Would have made a great reality show when Easter & Mother’s day came and distant family came in to help get the large orders out. I hope Leslie’s shop continues to succeed!