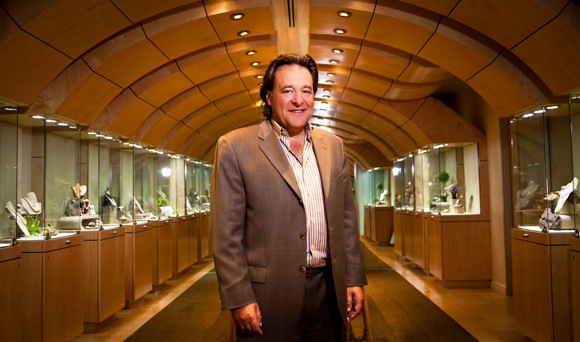 One thing is certain: Stephen Silver is a darn good story teller. His stories are all the more captivating because they’re about things that have actually happened — like “discovering” hidden treasures.

Since 1980, he’s been at the helm of the Stephen Silver Company, a jeweler that buys and sells estate jewelry as well as designs original pieces. His company’s visibility grew when he took a space once earmarked to be a closet at the Rosewood Hotel in Menlo Park and turned it into a retail jewelry store.

“That location aided in putting us in front of more people and being more approachable,” he said during an interview in his spacious corporate offices. “It gives people an opportunity to see some of the things we do.”

Throughout our discussion, Stephen reiterated his company’s brand promise: to be of service, not sell merchandise. “We’re driven by support and customer service,” he said. “We serve our clientele and let the merchandise follow.”

That he’s where he is today is due, in part, to an accident on the ice. “I was on my way to playing hockey for the Rangers organization,” says the man who lived in Toronto until he was 14. “But I got injured, and there went my  dream.” 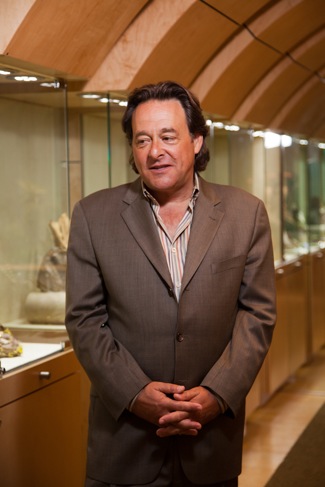 treasure hunter. “Because we want to acquire important and rare pieces of jewelry, the biggest challenge is not turning into a museum,” he says. “When we get lucky enough to find, and then buy, a remarkable piece, it’s sometimes hard to part with it.”

Given his 31 years in the jewelry business, we were intrigued with what his “wow” moments were. “The number one ‘wow’ would be the Cullinan Blue Diamond Necklace that we donated to Smithsonian,” he said. “It sits next to the Hope Diamond. It had a lot of things happening — how we found it, how we lost it, how we regained it. And then finally the donation.

“When I bought it, I probably couldn’t afford it. It was a totally unknown piece of jewelry that turned out to be attributed to the most important events of the day.To fall into that opportunity was the biggest ‘wow.'”

Stephen also recalled a  bit of serendipity. “We’re doing an estate-buying event with a major, high-end retailer in Southern California,” he said.  “A woman walked in with her grandmother’s bracelet, which was broken in five or six pieces, and featured sapphires, emeralds, and diamonds.

“An astute young men was working for me, but was he still a little green and didn’t understand some of the old European jewelry houses. The family with the bracelet was  from Chicago, although originally lived in Paris. My young appraiser evaluated the bracelet and said it was unrepairable.

“But stamped on the tongue is Lacloche, a jewelry house founded by four brothers in Spain that moved to Paris and was popular during the 1920s and 30s. I told the woman that I believed this was one of their pieces, which are relatively rare, but I didn’t know if we could restore it.

“We went through a phenomenal process to first authenticate it and then restore it. It took over a year, but we did it. I held it for years and finally sold it to a woman who had the stature to wear it.

“This business is full of hidden surprises.”