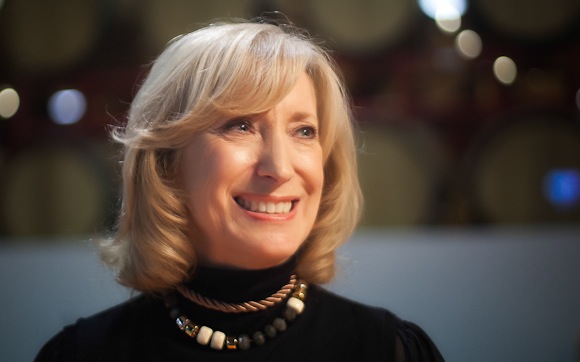 Willows resident Bobbie Fakkema admits to being competitive, a trait that serves her well in both her vocation as caterer/event planner and avocation owning Airedale champion show dogs.

She was first introduced to terriers in 1970 when she attended a Golden Gate Kennel Club show. “I went looking for a dog to own,” she says. “It was a good place to see all the breeds. While there I met Georgia McRae, who introduced me to Airedales and who subsequently became my dog show partner.”

Since that time, Bobbie has owned eight Airedales, all of whom have been champions. She currently owns three, including Brisline’s It Had To Be You (pictured). “I like the Rod Stewart version of that song, so we call him Stewart,” she explains. 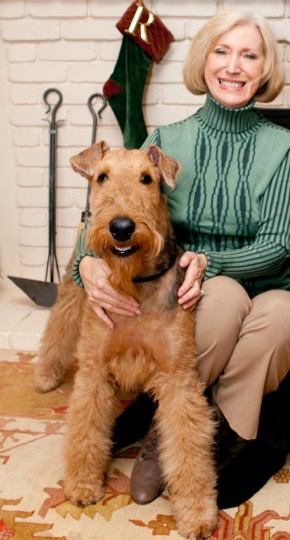 For Bobbie, part of the Airedale’s allure is that they’re characters. “They’re playful and smart, yet regal and refined. They have high energy so aren’t for everybody. But they’re great if you understand them. For example, they bark at squirrels, birds and other dogs.”

About her event planning/catering business, Events, etc., Bobbie says that one key to success is never doing the same thing twice. In her almost 30 years in business, that includes creating a cave for the launch of the book Clan of the Cave Bear by Jean M. Auel and using fireworks in a ballroom for a large corporate party. “That was before the fire marshal cracked down,” she adds.

“It’s the small touches that are important,” she says. “That’s what people will remember. It’s not about big, it’s about getting things right.”

Last night, Bobbie teamed with AutoVino and Woodside Winery at a party to showcase what each company does best. For AutoVino, it’s providing a safe haven for collectors’ cars (and a place to smoke cigars!). For Woodside Winery, it’s about producing local wines for local people. For Bobbie, it boils down to making sure people have a good time. That guests are fed well is a given. The buzz last night: “The short rib croquette is a killer!”

Photo of Bobbie and Stewart courtesy of Bobbie

Bobbie is simply the best! I’ve worked with Bobbie for years and will only recommend Events Etc. to all my clients!