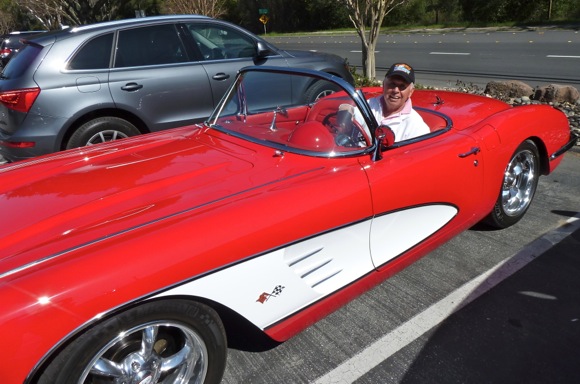 Editor’s update: Roger emailed us after this article went live: “Candy Apple Red is that really in your face metallic red that many of the custom car builders of the 1950’s once used. Think George Barris – some of your male friends will recognize the name. Ammong other cars, he built the original Batmobile for the television series that ran in the 1960’s The color is really a House of Kolor formulation named ‘Blood Good.'”

Ladera is the gathering place for car aficionados on Sunday mornings in Menlo Park. By the time we stopped in around noon time today most of the cars were gone save one 1959 candy apple red Corvette owned by Roger Schaaf, who’d driven over from the East Bay for the first time. The ‘Vette features: 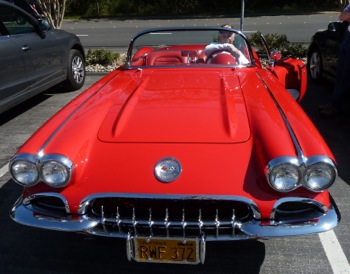 And, of course that spectacular paint job!

Roger explained that the car had been updated, so was a restomod, not a true restoration.

Asked why he purchased, he replied: “Because the ladies love it!”