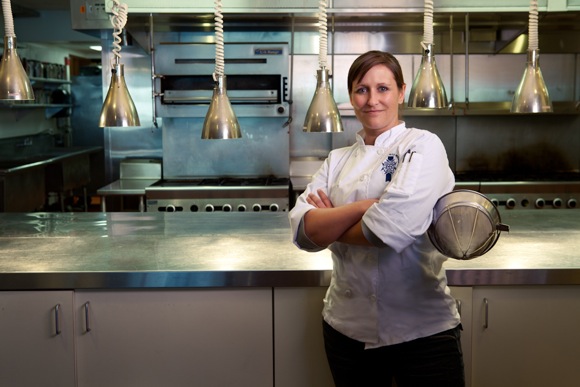 Jessica Curtis’s decision to train as a chef took a while to percolate. The Menlo Park native who graduated from Menlo-Atherton High School, as did both of her parents, has always enjoyed cooking and food, but outdoor pursuits and other interests kept her out of the kitchen.

“My Dad is a good cook and I’d watch him when I was growing up,” she says. “Then, I did an Outward Bound program in Costa Rica in 2002, and one of my jobs was cooking. I spent the next 10 years living in Tahoe. It wasn’t until I moved back to Menlo Park that I made the decision to enroll in the certificate program at the California Culinary Academy (CCA).” 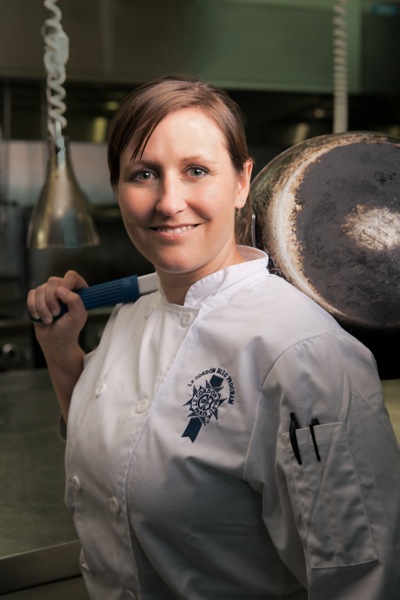 Jessica appears to have found her niche as well as initial recognition. She is one of five CCA  students who were selected as finalists in a cooking competition sponsored by the school and Luce restaurant at the InterContinental San Francisco. All entrants were required to submit three-course menus with corresponding recipes for the opportunity to cook with Luce’s Michelin-starred Chef de Cuisine Daniel Corey, a CCA alum. The finalists will showcase their efforts on separate nights; Jessica’s turn is Sunday, March 25.

The students’ menus will be judged by a panel of hotel executives, local personalities and food writers in addition to restaurant guests. (For reservations, call 415.616.6566 or visit the restaurant’s website.) The top three students will receive cash prizes and the first place winner will also be invited to cook with Chef Corey at James Beard House in New York. A portion of proceeds from each menu sold during the five dinners will go to the California Culinary Academy Scholarship Fund.

“It’s a huge deal, cooking in a Michelin starred restaurant,” says Jessica with pride. “We’ve each been going to each other’s dinners, and it feels more like a shared experience than a competition.”

Jessica had a number of inspirations for her winning menu, which she would mull over on shopping trips to Draeger’s. “I’d go up and down the meat department, and one day short ribs caught my eye,” she says. “I figured I could do a wine reduction and pair with winter vegetables.”

Win or lose, Jessica is elated. “Deciding to attend CCA was a great decision, deciding to enter the competition even better!”

When she first entered CCA, Jessica thought she’d like to pursue a career as a caterer but is now drawn to restaurant work. Given that, we couldn’t resist asking her where she enjoys dining in Menlo Park. Her answer was quick: “Flea Street Cafe. It’s right down the street from us and Jesse [Cool] is so farm-to-table. Plus, when she heard I was at CCA, she gave me a great tour of the kitchen!”