Robert Kelley: Grateful to be making TheatreWorks his life work 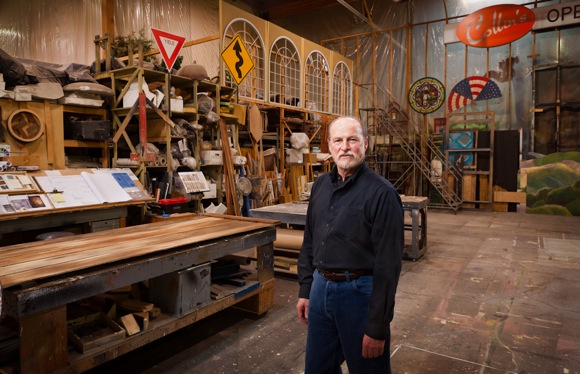 It was 42 years ago that Robert Kelley took a job with the city of Palo Alto to direct a summer play. “The premise was to harness and encourage creativity among young people,” he recalls. “We set out to create an original play, and the result was Popcorn.”

“It turned into a big hit, really capturing the issues of the time, when there was a lot of unrest in the country. Following its success, TheatreWorks was officially born.”

Kelley — he’s known by his last name — has been along for every step of the theater company’s transformation, from an arts education organization to community theater,  from semi-professional to professional, from local to the third largest company in the Bay Area.  As Artistic Director, he’s responsible for a wide variety of duties. 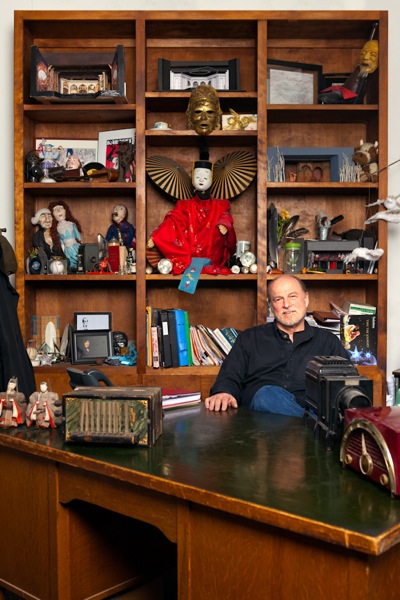 “This year we’re presenting eight plays and I’m directing three,” he says. “I’m also very involved with the plays that I am not directing. I pick the plays in consultation with other members of the staff and am very active with our new works program.”

“It takes a lot of people to make art. When it’s all done, all those people own the art we’ve created. I think about this every day and really believe in it.”

The New Works Initiative was created in 2000 and has been responsible for development of dozens of new plays and musicals, the most notable being Memphis, which won the Tony Award for best Broadway musical in 2010. “Within the next six months, we’ll present our 60th world premiere — Wheelhouse ends the current season and Upright Grand, a play by Laura Schellhardt, will launch the 2012-13 season,” Kelley says.

Also on the horizon is the possibility of a permanent home. (TheatreWorks productions currently alternate between Palo Alto’s Lucie Stern Community Center and the Mountain View Center for the Performing Arts.) The company is in preliminary discussions with Stanford University and the city of Palo Alto about taking up residence in a theater that is part of a larger proposed development in an area near Palo Alto’s Caltrain station.

“This area could and should support more artists living here,” says Kelly. “There are very few theaters of our size located in the suburbs — most are in major cities.”

The most recent recession was challenging for the non-profit company — for a while “subscriptions just stopped.” But by and large, the company has always had good audience support and, as Silicon Valley has grown, so has Theatreworks. In addition to presenting a year round series of musicals, comedies, and dramas, the company continues to offer classes for teens and adults as well as take plays on the road to local schools.

“I feel like I’m a product of this community, and my values were shaped here,” says Kelley, a Stanford grad who both lives and works in Menlo Park. “And, that’s been a guiding force for TheatreWorks.”

“Making theater was what I wanted to do for lifework. I loved it from the very beginning. I’m remarkably grateful to this community that I’m able to do it.”

Well done Bob. What a nice way to go. My son is an actor/waiter living in LA. After 40 years living in SF, my wife and I moved here too. He studied with William Esburg in NYC. Having a good teacher means so much. I’m sure you’ve influenced a lot of kids in a positive way. Regard, Dave