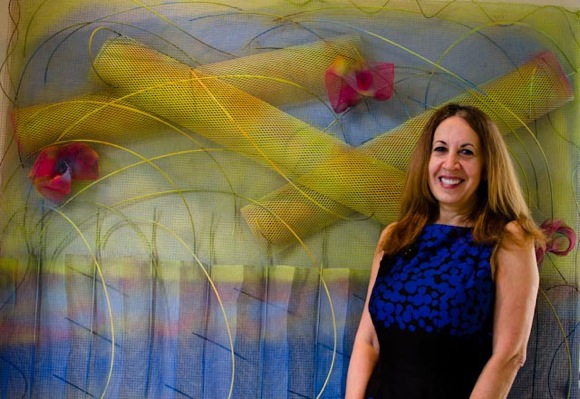 About five years ago, a friend invited Sophia Bloch to a studio where people could explore art for fun. She became intrigued and started going regularly, although she recalls her initial attempts were timid.

“I was trained as a chemist and had been a research scientist,” she says. “I had a fear of messing up. I was working on small canvases and thinking in terms of straight lines. Then someone said to me, ‘What are you afraid of? If you don’t like it, you can start over.'” 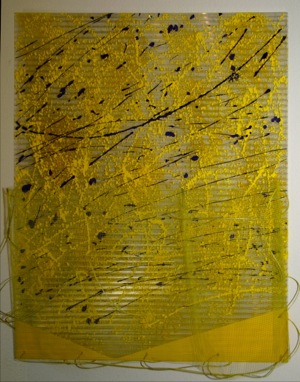 “I’ve experimented with four different kinds of metal,” she says. “I paint the pieces before and after I put them together. Each layer needs to work with the previous layer. It’s very intense work getting the colors right because of the interaction of the layers.”

Sophia has exhibited her work at the Spirit House in Woodside and her art has found its way into corporate and private collections. “Initially, selling the art was difficult for me because it was like my babies,” she says. “But then I’d see the art in other people’s houses, and it would fit like a glove. That was satisfying.”

For the short term, Sophia plans to continue working in metal. “It’s something so strong and rigid,” she says. “But at the same time, it provides fleeting moments. How it appears constantly changes with the light. The result is a work that’s soft and strong at the same time.”

Photo of “Time and Space Continuum” courtesy of the artist

Its Brian here, we miss u at serra come back please everything is bad and u need to save us thak u