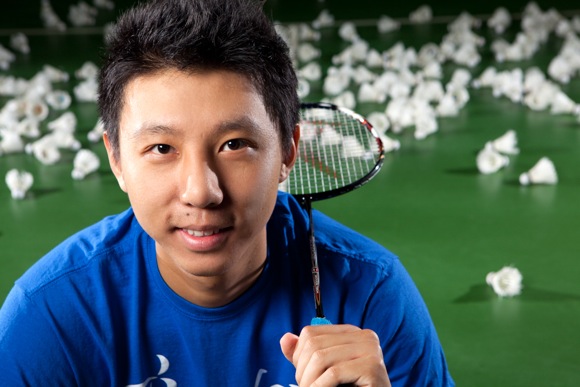 There’s still a lot of kid in champion badminton player Jacky Zhang, who grew up playing on China’s national team. That’s apparent when watching the 24-year-old teach young players at Royal Badminton Academy in Menlo Park. “I like seeing them improve and helping them keep a positive attitude,” he said of his pupils, who go through a selection process in order to train with him. “These kids show a lot of potential and it’s fun to teach them.” 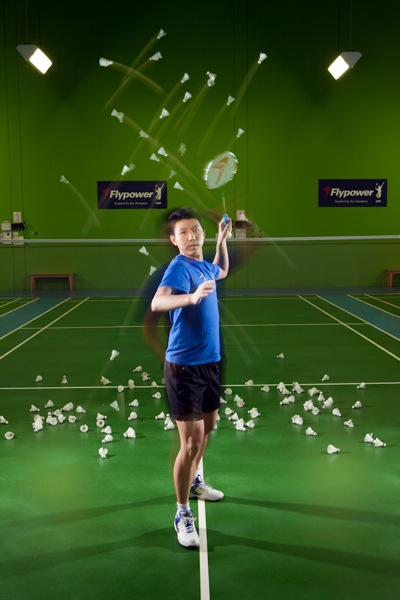 Jacky came to the United States in 2008, and since settling in the Bay Area has won Open A Men’s Singles and Doubles tournaments. He now devotes about 80% of his time to coaching rather than competing and has been at the helm of the Academy’s Junior Elite Training program since the end of last year.

A student at Foothill College, Jacky plans to transfer to a UC campus where he wants to study business with an eye on someday becoming an investor.

“Life in China and America is very different,” he said. “In America you can do anything you set your mind to, like getting an education. If I study hard, I know I can get my college degree. That’s not the way it works in China.”

The husband and wife team of Hadi Lazuardi and Viktoria Kolesnikova took over Royal Badminton in 2010 and have been working hard to make it a place for serious players as well as those who are looking to learn the game for fun. They also host corporate events. “Badminton is known as physical chess,” said Viktoria. “Companies like it because it combines the physical and the mental.”

Even with studies and coaching, Jacky hasn’t completely left badminton behind: “I can’t,” he said. “It’s in my blood. You can’t forget it.”