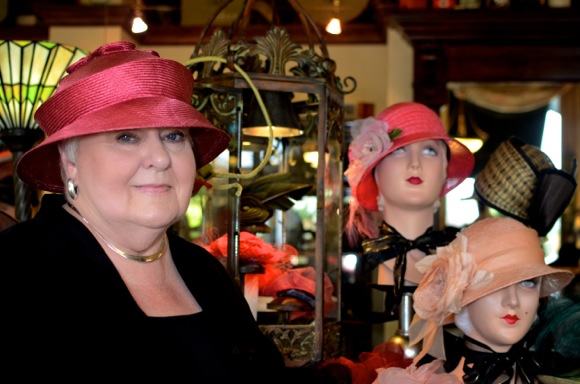 Carolyn Busch is grateful to Kate Middleton and all the attention hats got during last year’s Royal Wedding.

“Young women are able to identify with Kate,” she says. “Before Kate, they thought hats were for grandmas.  I sold a lot of hats when Kate married Prince William and have continued to sell to younger women ever since.”

The owner of the hat store Fino Fino, which has been at the Sharon Heights shopping center for 11 years and was at the Allied Arts seven years before that, got into the hat business, she says, because “I’d always been a hat wearer and grew up at a time when well-made hats were plentiful.

“Unfortunately, there was a long period when the only hats available were stamped, cookie-cutter hats. You might as well wear a hub cap on your head as one of those mass-produced hats.”

Quality hats, according to Carolyn, are made from good materials and are hand shaped, not stamped out by a press. She makes some of the hats she stocks, including a popular collapsible hat that’s good for travel, which she modeled for her visitors. “Originally, I made sewn hats, not blocked hats,” she says. “Guess you could say I learned by trial and error.”

Carolyn, who stocks hats for both men and women, agrees that 60s-era bouffant hair damaged the hat industry, but she disagrees that it was President John F. Kennedy who influenced men to stop wearing dress hats. “What I think killed hats for men was cars getting lower and lower — less room for hats,” she says. “I don’t think men paid attention to JFK’s hat-less head.” 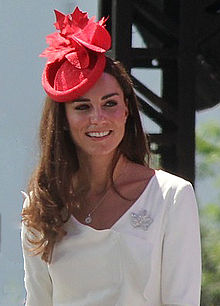 Hat sales peak, Carolyn says, not at Easter, but in the weeks preceding the Kentucky Derby, which takes place May 5 at Churchill Downs. “A lot of locals attend the Derby and more buy hats to wear at Derby parties. The traditional Derby hat is very dramatic with a big brim, but this year was a bit different. About a third of my sales were fascinators – again the influence of Kate. For men, Panamas continued their popularity.”

Carolyn scoffs at the notion that some people don’t look good in hats. “Customers come in saying they need a hat but don’t look good in them,” she says. “I think it’s because they’ve tried on a poor quality hat while walking through a department store, so they got the wrong idea. After spending only about 15 minutes with these people, we’ve identified a half a dozen hats they can wear.”

Carolyn,
I am so distressed that you closed Fino Fino in Sharon heights and I did not know it. I am looking foe a small white Fedora for the summer. Can you help me?
Best wishes on your retirement,
Carol C. Friedman