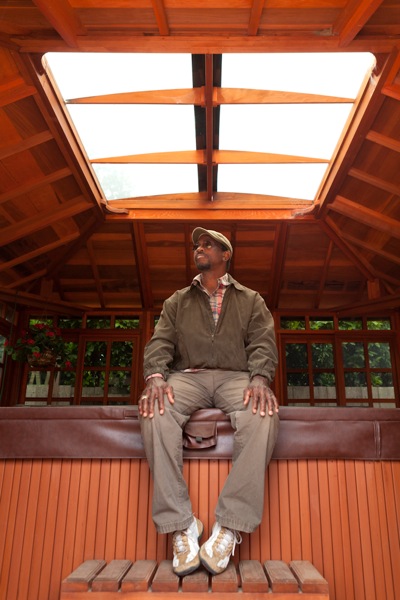 It’s hard not to stop and look when walking by the somewhat fanciful, pink-hued house at the edge of the Willows neighborhood. It’s a stucco house that’s been given an overcoat of wood, with touches such as three front entryways and multiple arches. It’s all the work of homeowner Thurman Logan, and, on a recent visit we learned that the front view is only one aspect of his creative use of wood.

“I work with wood and my wife loves roses, so we named the house Rosewood,” he said. The couple moved in with their daughter in 1995 to take advantage of Menlo Park’s good school district. The home was not in good shape, having housed multiple people with some living in the garage.

“But we liked the neighborhood and the fact that the houses were not cookie cutter,” recalled Thurman. “Maybe it should have even been condemned. But I saw a house that, with a little love, could be transformed. The idea was to bring it back to life, to enhance the original design. I wanted to get in the mind of the architect. If he came back today, what would he want to improve?” 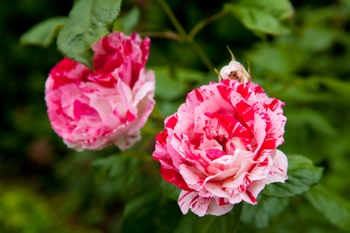 Thurman said sometimes he gets woodworking idea in dreams. “I built the backyard arbor (pictured bottom) after getting the idea in a dream to do something that played off the design of the Golden Gate Bridge. That’s the reason for the arbor’s arches.” (A keen eye will also see a face.)

The backyard is also the site of a beautiful Japanese style bath house that Thurman designed and built (and where he was photographed). He’s now at work on a adjacent Japanese garden. On the bath house porch are a number of life size geese. We wondered if there was a connection?

“No, they just landed here,” he said. “I grew up on a large farm in Hainesville, LA, and the geese were my parents. My mother would put big ribbons around their necks at Christmas time. They both passed away close to the same time, and the geese moved to California.”

In addition to completing work on the Japanese garden, Thurman said his next project is to remodel the garage and get it back into useable living space. “It will be a good place for my relatives when they come to visit.” 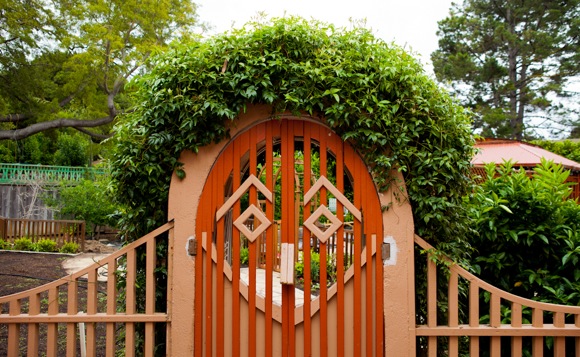