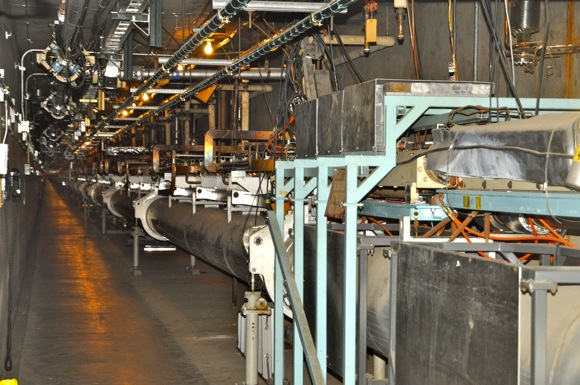 Even though the SLAC National Accelerator Laboratory is celebrating its 50th anniversary today, we’re guessing that what goes on at SLAC is probably a mystery to most local reasons. In addition to our conversation earlier this week with Dr. Sidney Drell, one of SLAC’s founding scientists, we asked Media Relations Manager Andrew Freeberg to unearth some nuggets that shed light on what has gone on “under Menlo Park” during the past five decades. The accompany photos were taken at a tour of the facility yesterday. We admit a penchant for capturing the shiny or the somewhat quirky. Top photo is a section of the two-mile linear accelerator that’s underground (just to be official) and the bottom photo shows how scientists made their way underground (there are now stairs).

The unearthing of a rare fossil of Paleoparadoxia (1964)

The October 14, 1964 SLAC internal newsletter reads: “Early this month, excavation w0rk for the beam switchyard unearthed an exciting 25­ million-year-old fossil of a distant relative of a hippopotamus. Actually, the find is the most complete fossil ever found in North America of a “heavily built, quad­ruped, amphibious mamml” called a “paleoparadoxia”. Previous to this find, the only remains ever found before in North America were just teeth…Altogether the animal was somewhat bigger than a cow.”

The actual 2-mile SLAC accelerator is a tube that’s about 30 feet underground. The extremely long building that is so apparent from aerial photos or when you drive over it on 280 is actually called the klystron gallery and houses hardware that helps run the underground accelerator. An electron will cover the distance of the 2-mile accelerator in about 10 millionths of a second. 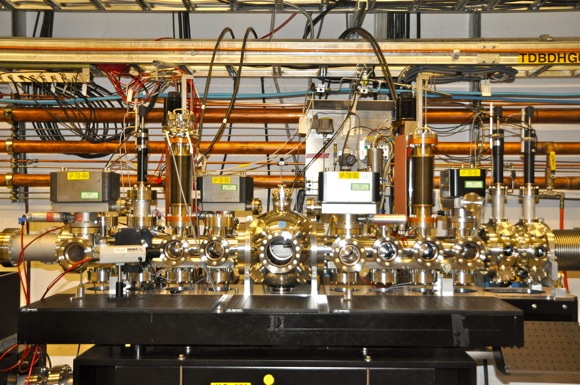 Over half a million Z boson particles (think like the Higgs boson, but this is a Z boson) created by colliding electron and positron particles at the SLAC Linear Collider. The SLC was a novel machine that served both as a test bed for new accelerator techniques and as a frontier physics facility studying the production and decay of  the massive Z0 particles.

When Tim Berners-Lee first invented the hyper-linked world wide web at CERN in Europe, it was SLAC researchers who brought the technology back to American and built websites for physics research. The cabling in place underground most likely gave SLAC researchers access to the early Internet at Stanford and beyond. If correct, those bits being passed through SLAC’s underground Internet connections were America’s first access to what would become the World Wide Web. 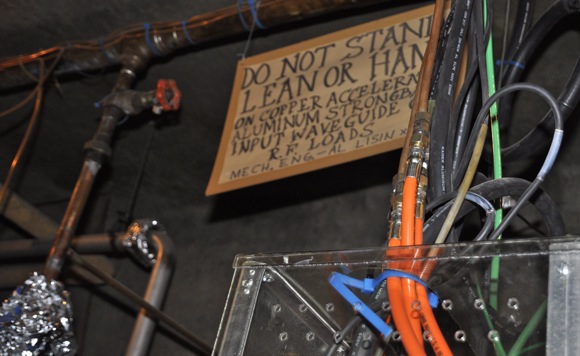 The 2-mile accelerator may be obvious, but there’s also a ring about a mile and a half long that SLAC excavated called PEP-II. This tunnel used to catch and store particles for the “BaBar” collider which helped show differences between matter and antimatter and contributed to the 2008 Nobel Prize. SLAC researchers are still analyzing data from the experiment but the extensive tunnels now sit empty.

When electrons are moving nearly the speed of light, SLAC scientists “wiggle” them using magnets (that are underground) and the result is they actually make light. Not just any light, it’s X-ray light. On the electromagnetic spectrum, X-rays are out past violet and ultraviolet with incredibly short wavelengths. By focusing these X-rays into a laser, scientists can use them to experiment with atoms and molecules. There are six experiment stations, all underground, and they have scientists in them 24 hours a day doing experiments that have never been possible before and most that aren’t possible to do anywhere else. Note: X-rays have been created and used for experiments at SLAC since the 1970s, but they have taken place above the soil.

The orb-shaped rock that remains a mystery

Visitors to SLAC’s main quad often notice an odd orb-shaped rock that sits in front of the administrative building. It was unearthed sometime in the 80s and placed there on its pedestal many years later as a prank. How it was forged beneath the ground, what’s inside it, and whether it has any special powers remains a mystery. 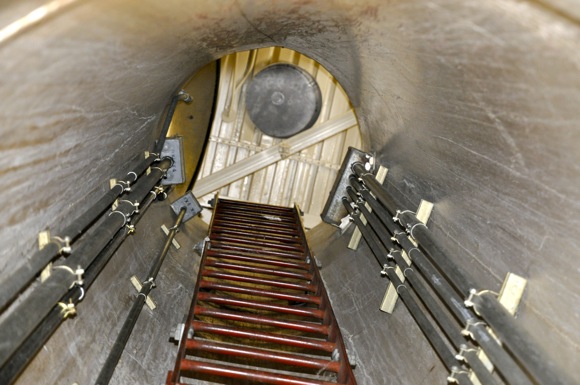 This article on the 50th anniversary of SLAC reminded me that my dad, Jim Ryan, tooled the tube that shot the laser beam at the Accelerator in the early or mid 1960’s. He was a superb tool and die maker employed at SLAC during this time. While most of the details have escaped me now, along with precisely his part in the program, I wish I had written it all down to share with my children and grandchildren. I do recall one of the engineers he worked with was Dieter Wahls. Pop was such a modest guy it was hard to get him to talk about his work and having been a long time employee at Los Alamos Labs in New Mexico, he did not discuss details of his work, not that it was so hush-hush at SLAC, but old habits die hard. One of these days I’m going to take that tour!