Then and now: John Flegel “on the couch” at Flegel’s furniture store in Menlo Park 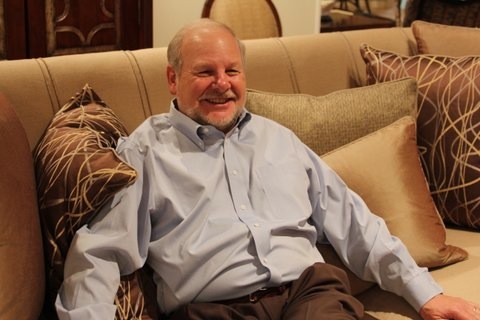 Our post on Remembering downtown Menlo Park “back in the day” brought not only some great additional memories, but the idea of  publishing some “then and now” photos, which we kick off with Menlo Park native and local attorney, John Flegel. 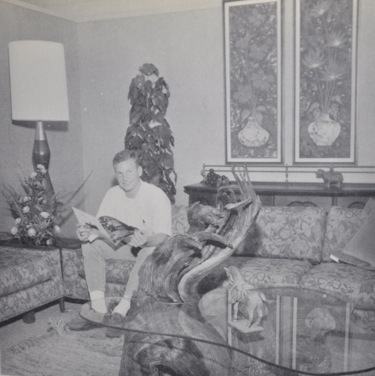 The Menlo-Atherton High School Class of 1966 yearbook was a bit of a soothsayer when it comes graduate John Flegel’s future. But it was not in the advertisement for his father’s downtown Menlo Park furniture store, which brother Mark, not John took over. Instead, the yearbook noted that John was “chief justice” of the school’s Supreme Court.

After spending his undergraduate years at Claremont Men’s College (now Claremont McKenna), John received his law degree from the University of Santa Clara School of Law. He’s now a partner in the Menlo Park law firm Jorgenson, Siegel, McClure & Flegel, specializing in civil litigation, which includes municipal law, real estate, business torts, contracts, trust administration and personal injury. He’s also been active in the community as a member of the Menlo Park Rotary Club, serving as president of that organization’s Foundation in 1994-95 and 2011-12.

Photo of John now by Laura Pitchford; “then” photo from 1966 Menlo-Atherton yearbook