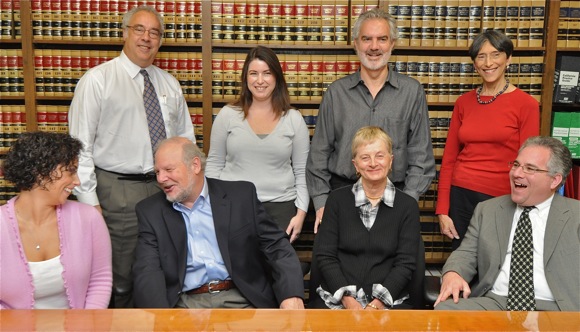 In 1960 Stanford Law School graduate Jack Jorgenson started a local law firm with a clear mandate: serve the growing Menlo Park area while staying small enough to provide personal attention to clients. He was joined that year by Jack Cosgrove and 15 years later by Marvin Siegel, also Stanford law grads. Fifty years later,  Jorgenson, Siegel, McClure & Flegel has grown a bit – there are now 12 attorneys – but it continues to be focused on the legal needs of local residents and the City of Menlo Park.

Partner John Flegel, who grew up in Menlo Park and joined the firm in 1987, believes that the firm remains rooted in the vision of its founders. “Although we are a small firm compared to others, we have expertise in a number of practice areas that correspond well with each other,” he says. “For example, I specialize in civil litigation. We have other attorneys who specialize in estate planning and trust administration, so I have litigated trust issues.  The same applies to other areas of the law, such as real property, construction law, and business disputes.”

From the firm’s beginning, one of its partners has acted as Menlo Park’s City Attorney. Explains partner Bill McClure, who joined the firm in 1978: “I was appointed City Attorney in 1993, following Jack Jorgenson, who held the position from 1960 to 1985, and Jack Cosgrove (1985 to 1993). As such, I’m a part time employee of the City. This is a typical arrangement for smaller cities. Belmont, Foster City and San Carlos, among others locally, have similar arrangements.” 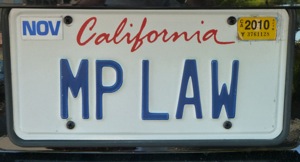 Over the years, the firm has handled many matters for the City of Menlo Park and acted as counsel to most departments and the City Council. Some of the larger non-litigation matters have included negotiating the acquisition of the Fremont School site, now the location of Lyle Park and Roesner House, and the recently approved Menlo Gateway Development Agreement.

We think it’s fair to assume that most “regular” clients of  Jorgenson, Siegel, McClure, & Flegel are unaware of the firm’s relationship with the City. That’s due in large part to the “personal attention” mandate set down by Jack Jorgenson. Legal needs are promptly attended to and billing rates are reasonable, so  it’s not surprising that the practice has grown through referrals.

Of the three original partners, Jack Jorgenson is now retired as is Jack Cosgrove. Marvin Siegel remains “of counsel.” The current partners, photographed in the office’s law library while sharing a laugh, are: Back row, left to right – David Ach, Mindie Romanowsky, Bill McClure, Diane Greenberg; front row, left to right: Jennifer Friedman, John Flegel, Sandy Sloan, Dan Siegel (son of Marvin). Not pictured is Leigh Prince. And yes, one of the partner’s license plate is the apropos “MP LAW.”

Dan Siegel has helped our family out with a number of matters. Great lawyer, great guy, great firm.