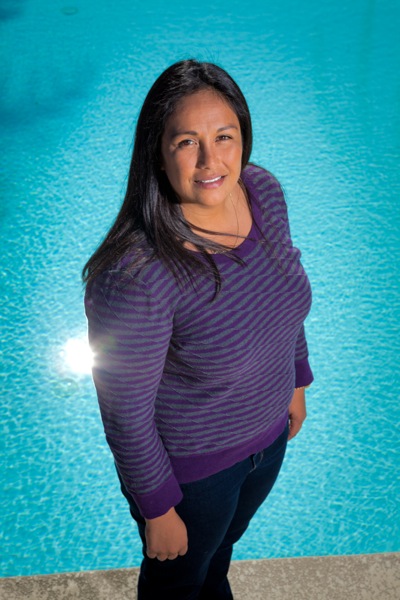 While most people don’t think of the City of Commerce in Southern California as a town that grooms world class athletes, its aquatic program is well known throughout the swimming community. And it’s that program that began Brenda Villa on a journey that culminated in her becoming the most decorated female water polo player ever.

“My Mom wasn’t comfortable in the water, and the City offered low cost swim lessons,” she recalls. “Her fear of water was the impetus to make sure her kids learned to swim.”

Brenda went from swim lessons to swim teams to coed water polo, all by the age of 8. She came north to attend Stanford, playing water polo for coach John Tanner. She medaled at all four Olympics she participated in — Sydney 2000, Athens 2004, Beijing 2008, and London 2012 — and was also on three World Champion teams (2003, 2007, 2009). Named the “FINA Female Water Polo Player of the Decade” for the 2000s, she spent 16 years on the US Women’s national team. 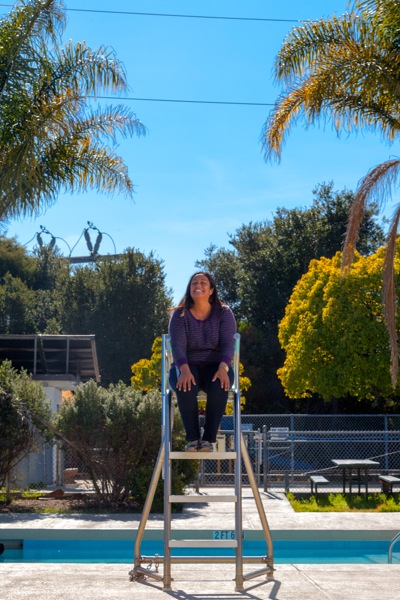 Now retired from competition, Brenda has joined Menlo Swim and Sport as Head of Aquatics Outreach with a initial task of launching a new water polo program at Belle Haven Pool, which will include 12&under and 14&under beginning and intermediate teams. “When I played at Stanford, I tutored kids in East Palo Alto,” she says. “If I hadn’t done that I don’t think I’d have any awareness that there could be local kids who didn’t have access to swim programs.”

Brenda says the Belle Haven program is something that a number of different entities have been discussing for some time. “Skylar Dorosin and I had teamed up to found Project 2020 with the goal of teaching swimming to youth living in lower income communities,” she says. “We were aware of what Rebecca Pinto and Leslie Platshon were doing through the Beyond Barriers Foundation as well as what Tim Sheeper [of Menlo Swim and Sport] was intersted in doing. At first we went our separate ways — and then all came together.”

In addition to forming water polo teams, she’ll also be offering skills clinics and camps. Scholarships are available through Beyond Barriers Foundation.

One thing Brenda is discovering is that there are residents of the Belle Haven neighborhood who don’t know there’s a pool. She hopes to change all that: “I’m hoping I can share my story and all the great things about swimming to inspire kids who are just being introduced to the sport.”