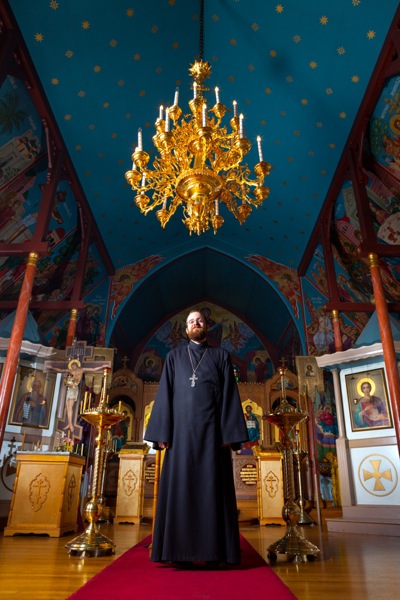 You spend your childhood overseas, the son of Southern Baptist missionary parents whose posts are mainly in southeast Asia. You, too, hear the call of God, but in a very different form, so convert to Russian Orthodox and attend St. Vladimir’s Orthodox Theological Seminary. After ordination, your first parish assignment is Menlo Park at the Nativity of the Holy Virgin Church, housed in a local historical building.

“I did a lot of reading and came to feel that it was important to have a greater connection with the historical church,” explains the Rev. Fr. Hermogen Holste, standing in the recently expanded church building. “Based on what I learned, I believe the Eastern Christian churches have preserved certain things better.

“From my perspective, the Western church has a somewhat legalistic approach with its view of sin. In the Eastern church, sin is seen as illness, and the church a place of healing. Being healed into the life of God encompasses our entire lives, not just salvation in the after life.”

Fr. Holste says his church is best known in the wider community for its annual Christmas Bazaar, but in the Orthodox community, it’s known for being very welcoming. “We are a growing and diverse community,” he says. “We are a mix of converts and those who were born into the Orthodox church. Worshippers come from Russia, Romania, Bulgaria as well as those born in the US. We’ve really come together as one community and not disparate groups.” 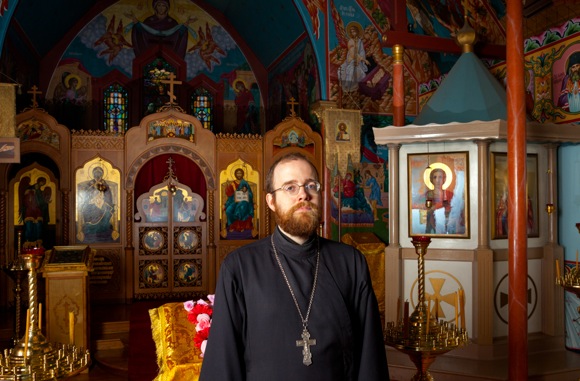 The parish recently celebrated two milestones, its 60th anniversary and the completion of a three-year renovation of the church building, including expanded floor space and the addition of a choir loft. With that project completed, Fr. Holste is hoping to increase resources for continuing education and to establish a book store with both English and Russian titles.

“My hope is that we continue to grow,” he says. “We keep serving the people God sends to us, and He works out the rest.”