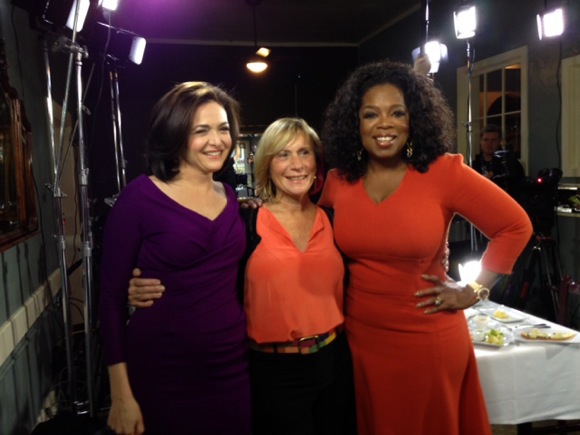 Editor’s note: Jesse Cool, owner of Menlo Park’s Flea Street Cafe, hosted two well-known women – Oprah Winfrey and Facebook COO Sheryl Sandberg – who engaged in conversation over the restaurant’s signature biscuits. The interview (and the biscuits) are featured in the just-released April issue of O Magazine and will be aired this Sunday, March 24 at 9:00 pm on OWN TV: Oprah’s Next Chapter. Jesse reflects on the visit below. Sidenote: Flea Street’s biscuits are the best!

“As some of you know, Oprah visited Flea Street to film an interview with our dear friend Sheryl Sandberg. The interview was about Sheryl’s new book Lean In: Women, Work, and the Will to Lead 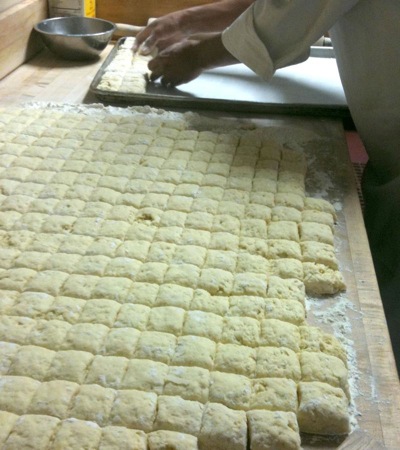 “It was such a privilege to be there, set the table and make it comfortable for Oprah and Sheryl’s in depth conversation. To say we were honored to have these two remarkable women at Flea Street would be an understatement. Of course, we think Flea Street’s biscuits just might have set the scene for the amazing interview.

“Listening to Sheryl and Oprah talk about women and their role in management helped me reflect on both the difficulties I have faced in a male dominated profession, as well as the remarkable change we are seeing as more and more young woman take the helm in modern kitchens.

“Women’s place in the culinary world used to be confined to home cooking or comfort food. Entry into fine cuisine was often met with a very stern man in a toque who ignored women cooks. It was intimidating at times.

“A big thanks to Sheryl for thinking of us as one of her favorite local restaurants. And thanks to all of you, after so many years, for allowing us set a special table for you. See you soon over a basket of biscuits and more.”