Oscar Nunez taps into his roots to bring Honduran coffee to U.S. 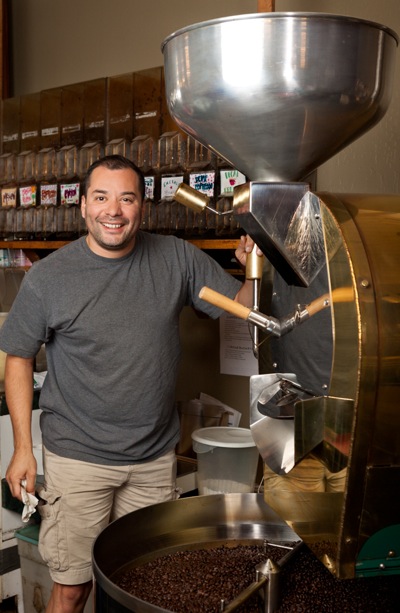 Oscar Nunez, owner of High Note Coffee, views his entry into the coffee business as a calling prompted by family and country.

“My family came to Honduras in the early 20th century and planted coffee,” the Menlo Park resident explains. “Yet there was no sense of pride about Honduran coffee. For years, it was sold to other Central American countries and labeled as being from those countries.

“I wanted to show the world that Honduran coffee is not just as good but better. Building this business is a kind of social mission statement.”

Oscar has been importing/exporting for the past five years as well as roasting the beans. “People assume the coffee market is saturated,” he says. “But you can put 15 roasters on the same  machine and come up with different coffees.

“The roasting process is the same, but it all comes down to the roaster’s palette, how he/she likes coffee and its inherent characteristic. It’s the roaster’s job to bring out the best qualities of the beans”

Oscar sells his coffee online and at the Palo Alto Farmer’s Market on Saturdays. “I’m a direct source vendor — that seems to be a differentiator between High Note and other companies. And selling through the market, I get invaluable feedback.”