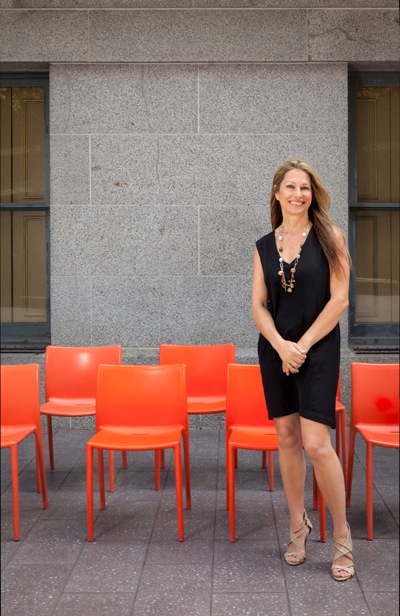 Carolyne Zinko is a bit of an anomaly in today’s digital world. She’s worked her entire career in print journalism, currently covering, as she explains, “the lifestyles of the rich and famous, and not so famous” for the San Francisco Chronicle.

That beat is far removed from what the Menlo Park resident covered when she first broke into the daily newspaper business as a police reporter for the now-defunct Peninsula Times Tribune. That sometimes put her in precarious situations where she’d be the sole female.

She joined the Chronicle in 1996, covering city government on the Peninsula as well as San Mateo County police and fire news. “My role changed in 2000,” she recalls, “when I was asked by the Datebook editor to cover a Silicon Valley charity ball. That was at a time when people in San Francisco didn’t know what was going on down here.”

Carolyne continued to focus on society through 2004, when she assumed her current role. “When I was kid growing up in Wisconsin, my favorite thing to do was to sit on the living room floor with the sun coming in and read the National Geographic and newspapers,” she says. “I wanted to go somewhere and learn things. It wasn’t about the travel, it was about learning how people lived.

“Whatever kind of reporting I’ve done, it’s about finding out about what people don’t know and telling them about it. I never feel like I’m going to work. What occupation other than journalism starts new ever day?”

Carolyne enjoys writing profiles of people the most. “My favorite thing I’ve ever done is interview the thriller novelist Barry Eisler [who also lives in Menlo Park]. To make a moody atmospheric photo, we [with photographer Russell Yip] went to the basement of the Chronicle. Barry held his lap tap so you could see its glow on his face. To add some intrigue, you could see a woman’s body on the floor. I laid down and pretended to be dead.”

Over the years, colleagues have asked her when she’s going to abandon feature writing and return to hard news. “Or as they say, ‘real news,'” Carolyne says. “But, I think a lot of time writing features is harder. Just because you’re writing about some fluffier things sometimes, you have to tell a story. Telling that story well is the challenge.”

Glad to hear what you do & know you enjoy your job.
Hope you continue to do what you love. God bless you. Love,Aunt Helen

Doing what you love makes working so much easier.