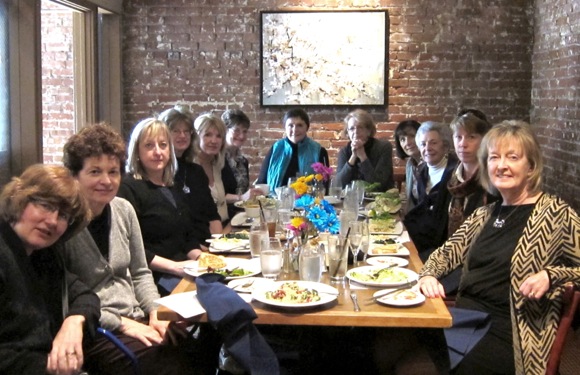 With the holiday season approaching, Parkinson’s Women Support, a group of local women who have Parkinson’s Disease, will be shopping at a Holiday Bazaar on Nov. 19 to raise money for the Parkinson’s Institute (PI), which is America’s only independent non-profit organization, providing basic and clinical research and a comprehensive movement disorder patient clinic.

Parkinson’s Women Support originated in 2008, when a group of newly-diagnosed, young-onset female patients with Parkinson’s Disease were introduced to each other by Dr. Melanie Brandabur, the Clinical Director at the Parkinson’s Institute. Dr. Brandabur suggested that with their positive desire to help and inspire others they might collectively benefit from each other’s company and find a way to reach out to others. 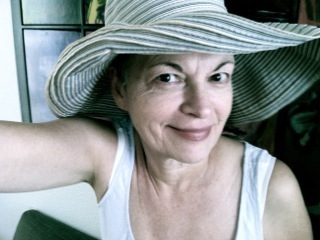 “The generosity of the organizations and individuals who have donated gifts to the Holiday Bazaar has been amazing,” said Darcy Blake (pictured right), one of the founders of the support group and head of communications at Menlo College. “We received a set of walking poles from Urban Pole in Canada, hats from the San Francisco Hat Co., jewelry from Bravelets.com, and a gourmet dinner for eight cooked by Dr. Brandabur — and much more!

“One of our members donated 13 hand-crocheted scarves. Every little bit helps. We hope others realize that with a small contribution on their part, we can accomplish great things to help find a cure for Parkinson’s Disease.”

For over five years, the women’s group has met for lunch once a month in Palo Alto, keeping faith in one another with encouragement from their Dr. Brandabur. The mission of the group is to offer moral support, encouragement and camaraderie for women who are either Parkinson’s Disease patients or caregivers. Women travel from as far north as Santa Rosa, as far east as Nevada, and as far south as Monterey to attend the luncheons.

After meeting once a month socially for a couple of years, they decided to bring their goodwill to a larger audience on Facebook  This year, they added a blog to their outreach efforts.

“I was diagnosed in July 2008, and the original group members and I were introduced to each other in December of the same year,” said Darcy. “The group and my illness have aged together. I had DBS surgery (Deep Brain Stimulation) three months ago, and I was able to talk about that experience on the PWS blog and Facebook page.

“Aside from the group cameraderie, which has been comforting, I’ve watched this group grow and flourish, so I’ve been able to replace what might have been the despondency of having a chronic disease with the fulfillment of building a support group for it. It might sound crazy, but in some ways, Parkinson’s Disease has been a blessing for me.”

While the event is sold out, cash donations to PI can be made via an online form.

In the beginning of the year, my husband and I moved to the Bay Area’s Peninsula when he became Menlo Park’s new police chief. To prepare myself for the move I conducted a lot of research about the area, including what doctors, rehabilitation/exercise programs, and support groups would be available to someone who has Parkinson’s Disease. I was confident I would find excellent medical care–that was a no-brainer–but I had no idea I would discover a plethora of support groups and programs. I have had the opportunity to attend only one of the group meetings thus far, and that meeting happened to be attended by Darcy who had just had DBS surgery a week or two earlier. The strength and spirit Darcy showed was inspiring to say the least. I had never attended a support group before, and what a blessing it was to meet other women who like me are active and optimistic. Parkinson’s Disease can change one’s life both physically and cognitively, as it has mine, but it doesn’t have the power to change our hearts, our love for life, and our feisty attitudes.

I hope this event brings about all things good: awareness, love and understanding, and, yes, even a donation here and there.

Good luck, ladies. I hope to be more involved in your (our) group once I become a more permanent member of the community.

Kristie, Wow! That was a heavy duty lunch you’ve described, because I was still shaking, had a headache, and was pretty weak from surgery, with my stitches still in. But the way my PD sisters rallied around me more than made up for my discomfort. Plus, I had to be brave for them. You’re going to be ever so pleased to be associated with us because honestly, it is a hoot to know there is such a big embrace of PD pals out there. We have some great outings to musuems, restaurants, and such, and we look forward to befriending you. Know that whatever it is, no matter how crazy or small, we’re here to offer you love and understanding. Best, ~Darcy

I have known Darcy for a lifetime,having met in Sunday School.In High School we were next door neighbors and literally the boy/girl next door.I have also witnessed a portion of her Parkinsons experience,including standing on her head in a Yoga pose.Nothing about Darcy surprises me.I expect that she willed herself to be a candidate for the Deep Brain Stimulation and had no doubt that it would be successful.She has told me how inspired she is by all of you in the Parkinsons group.Dont stop holding on to each other.It is a team effort.Keep the faith! Go Niners!!!

I’ve learned so much about courage and intelligence in learning about Parkinson’s, and I am hopeful that the future will bring health solutions that will enrich more lives. Thanks to Darcy, awareness is building.