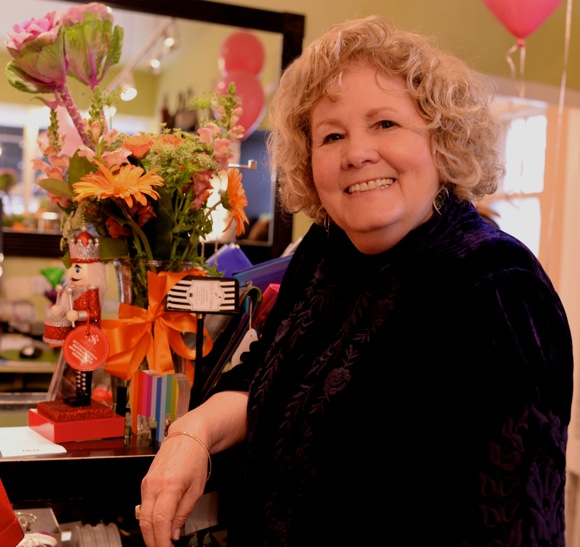 Balloons and a Happy Anniversary sign were the outward signs of what was being celebrated inside Lee Murphy‘s clothing store, Kicks, marking her 20th year as a merchant in downtown Menlo Park, first at Calla (now under separate ownership) and then her current store. Women who had come to toast her were also buying; the store is particularly well stocked with jackets and boots at the moment. Customer service has always been Lee’s key to success. As one woman said today, “She’s really great, you know.”

CONGRATULATIONS, LEE!!! I have loved being one of your customers over the last 20 YEARS. ALWAYS FUN AND AN ADVENTURE. BEST WISHES FOR ANOTHER 20 YEARS