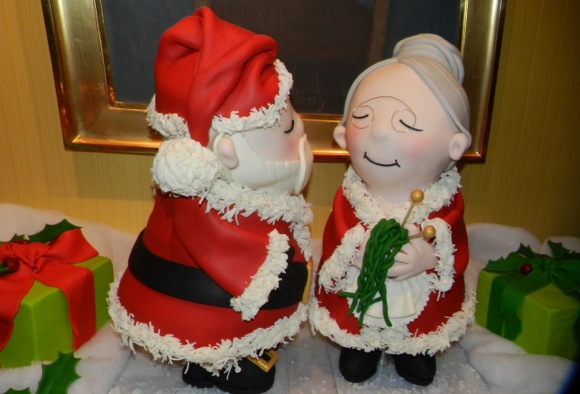 Beth Ann Goldberg and the folks at Studio Cake in Menlo Park have done it again. This year’s “can-this-really-be-a-cake?” were none other than Mr. and Mrs Santa Claus. We’re lucky enough to eat Christmas dinner at this Peninsula household each year. Here are links to past cakes: 2012 (mice and yarn), 2011 (reindeer pulling sleigh), 2010 (big ornaments), 2009 (elf cake). And for those who think Beth’s creativity only comes alive during the holidays, here’s a photo of the Lou Seal cake she created for one big San Francisco Giants fan just after they won the World Series in 2012.