A treat for the eyes: 85 artists illustrate 85 years at Menlo College 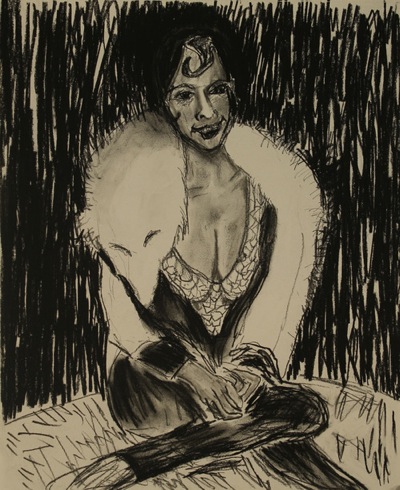 To celebrate its 85th anniversary, Menlo College is presenting 85 Years 85 Artists, showcasing 95 artists from around the world who were randomly assigned a year to illustrate. Participants from 23 states, the Netherlands, England, and Italy submitted works representing cultural, historical, or personal interpretations of their year’s global, regional, or local events. Among the artists are Michael Pauker, Colleen Sullivan, and Joyce Savre, all based in Menlo Park.

“The artists have embraced the challenge of researching their years in both social and personal terms, and the results are wonderful and intriguing,” said Linda Smith, the College’s Associate Dean of Library Services and Co-Chair of the Art Committee. “They used a wide array of media including painting, collage, book art, photography, fiber art, and mosaics. Visitors to the show will not be disappointed!” 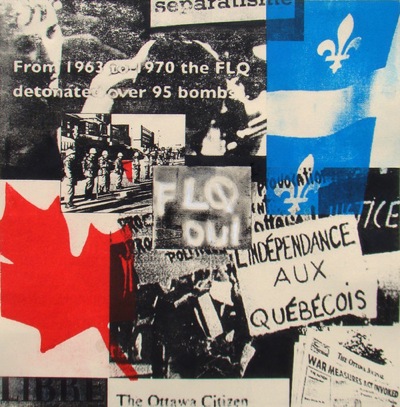 Assigned the year 1928, Pauker chose to do a charcoal on ink titled Josephine Baker 1918 (top, above). Among his descriptive notes, he writes: “My drawing documents an imagined encounter between [German portraitist] Otto Dix and Josephine Baker, the American dancer. Dix portrayed all manner of artists, including painters, poets, and performers, and he might plausibly have drawn or painted the expatriate Josephine Baker, though I’m not aware of any such actual works or  of their meeting. My apologies to the divine Ms. Baker for coarsening her features and losing a likeness, but I can plead  that these are deliberate distortions intending to convey with yet more vidid directness the spirit of the times.”

Printmaker/painter Colleen Sullivan, who grew up in Canada, offers a Monoprint with hand coloring titled Canada “Oui or No” (above, middle) for her year  — 1971  — when Canada adopted multiculturalism as a policy, with two official languages, English and French. She was 11 years old during the October Crisis in 1970 and recalls the fear that was present in the country. 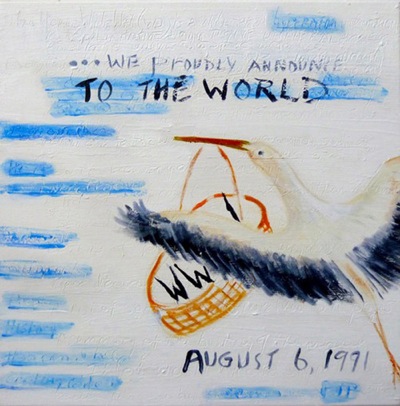 Joyce Savre worked in acrylic for her year, 1991, explaining what she titled Announced to the World W3 (right) : “In 1991 the World Wide Web became available to the public for the first time. In August 1991 there was one server. By 2001 there were 24 million servers. Handwriting and the writing process is the subject of many pieces of my art. After the advent of the computer and WWW ‘text’ suggests type and font. In the background of this painting is handwritten text of the announcement of WWW.”

The exhibit, which is on display in the Menlo College Administration Building, remains open until July 11, 2014. It can also be viewed online.

“This show sets a visual backdrop for the 85 years that Menlo College has offered a personalized, quality education for students around the world,” said President James J. Kelly. “Our 85-year history confirms that through the changing times, our graduates continue to find that a Menlo education brings them success beyond the oaks.”