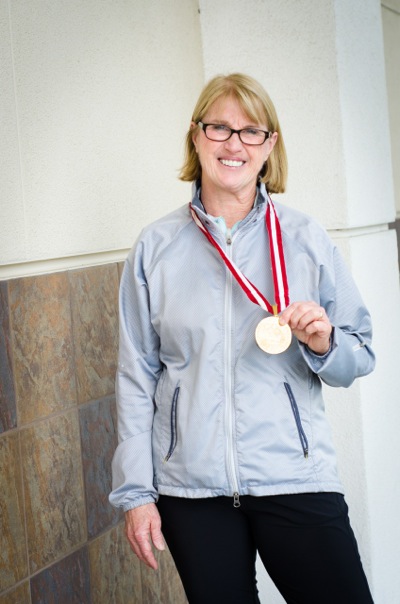 Sheila Young Ochowicz can only speculate what the outcome would have been if she hadn’t remarked to someone that the bronze Olympic medal was the “prettiest.” Competing in speed skating at the 1976 Winter Olympics in Innsbruck, she’d already won a gold and silver medal — and sure enough she added a “pretty” bronze one.

“Sometimes I think I predetermined the outcome, not literally of course,” says Sheila, who is active to this day in her role as P.E. teacher at La Entrada School in Menlo Park. [Note: Sheila, who also competed in the 1972 Games, was the first American athlete to win three medals at one Winter Olympics in 1976.]

She tries to incorporate some of the training and thinking that make her a world class athlete in two sports — track cycling along with speed skating — in her teaching role. “I grew up in a competitive family that had a strong work ethic,” she says. “But importantly, the message was to not to be the best but to do the best. You don’t have to win to feel successful.

“In my job today, I’m always looking for things I can do better, make it more interesting for me and for the kids. Every once in awhile you see a kid who all of a sudden ‘gets it’ and that’s just great.” 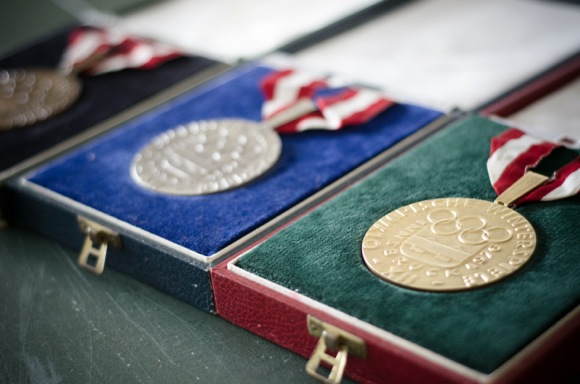 It’s was her husband’s job that moved them from Wisconsin to the Bay Area. “He heard that this was the best place to live — no bridges or tunnels to cross to get to San Francisco. Our first home was a condo in Sand Hill Circle, so my son attended La Entrada as a 7th grader.”

During the recent Winter Olympics, Sheila admits to being glued to the TV to watch the speed skating. “The results were disappointing,” she says. [No Americans medaled.] “Athletes need to peak in the Trials and then be able to peak again during the Olympics. The year’s team did a lot of traveling leading up to the Olympics, including the World Cup Competition, which was held up in the mountains in Italty and not easy to get to. Then there were some who blamed the uniforms.”

Sheila stays fit by cycling — doing a couple of long rides a week — and jogging. She also skates when she is in Utah. “Skating is something I know I can do well and feel good about. It’s like my dance floor — on the ice I feel graceful!”