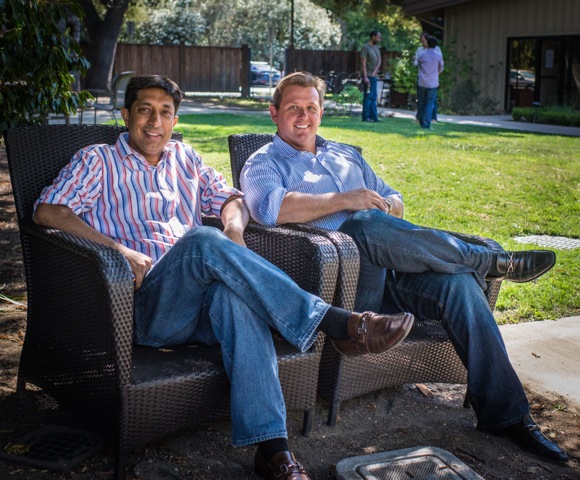 Mukul Agarwal and Marco ten Vaanholt know that they sit on somewhat hallowed ground. The recently opened Hello Startups Menlo Park facility is in the space once occupied by Willow Garage, a maker of robots that was good enough to leave behind a number of Beam Remote Presence Systems, a mobile videoconferencing platform (which, to be clear, is not actually a robot), that they put to good use.

But like its predecessor, their firm, which provides space, services and advisors for teams developing innovative technologies, has equally lofty goals — being “a visitor center for the rest of the world as well as for locals,” according to Marco.

“As far as we know, we are the only firm that deals with startups from inception to exit,” added Mukul.

HelloStartups is a joint venture between BootUp Ventures, where Mukul and Marco are Managing Partners, and SOMA Central, having locations in San Francisco — and now Menlo Park. It houses numerous incubators and startup companies, including foreign startup ventures and incubators dedicated to innovation in specific vertical markets. Hello Startups also provides a range of business services and an ecosystem of advisors who help startups launch, mature, and thrive.

Mukul and Marco first met through their kids and then started playing poker together at a monthly game. They both came to the U.S. from other countries — Mukul from India and Marco from Holland — and believe that gives them particular insight. “We call it a ‘soft landing,'” said Mukul. “Most of our business comes from overseas, and we provide them a soft landing and an immersion into how Silicon Valley operates.”

Added Marco: “We’re trying to remove the obstacles that lie in front of foreign startups. We want to create the global Silicon Valley. We are the bridge between everything abroad and here.”

Thanks for the nice article… please send anyone to http://www.hellostartups.com for more information