The store — Bloomingdale’s —  and the featured performer at the opening gala last night — Alexa Ray Joel (daughter of Billy) — may have roots in New York but there was a dollop of Menlo Park and Atherton at the party, too. 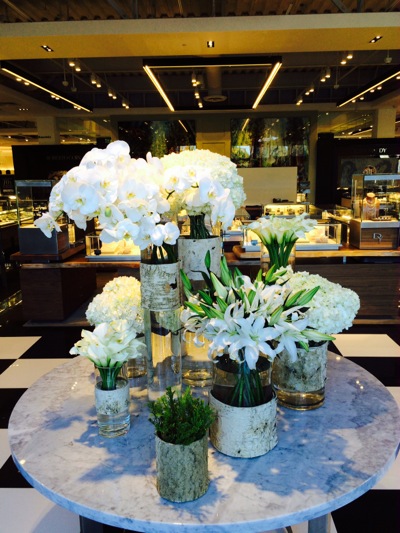 Upon entering, attendees were greeted by a splendid table of flowers arranged by Menlo Park’s J Floral Art, which also did the table centerpieces.

Atherton resident Eve Jaffe welcomed diners, noting that the event was underwritten by Bloomingdale’s to benefit Bay Area Autism Consortium. Eve and husband Ross as well as Marcia and John Goldman and Nanci and Gary Fredkin served as co-chairs of the gala.

Today the store is open for a private preview “reserved for our best customers and friends” before the official opening day on Friday, October 10. 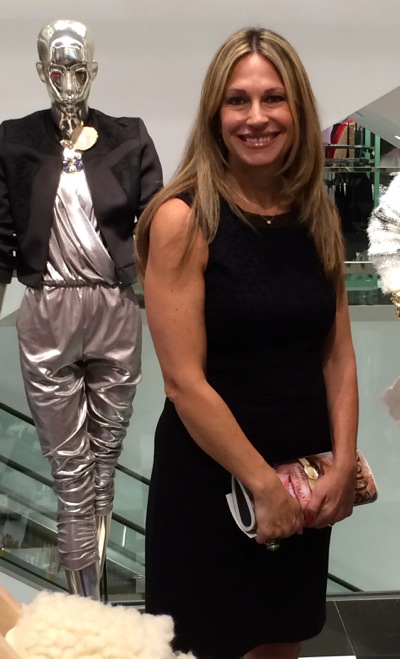 More local tie-ins: Menlo Park resident and San Francisco Chronicle reporter Carolyne Zinko (pictured above) was there covering the event, and three gal pals who grew up in Menlo Park and Atherton — this writer, Terye Baruh Levy and Cathy Hewett Podell — reminisced a bit about shopping at the old Emporium, the building that Bloomingdale’s occupied until completing its new store building, while checking out the merchandise and socializing. 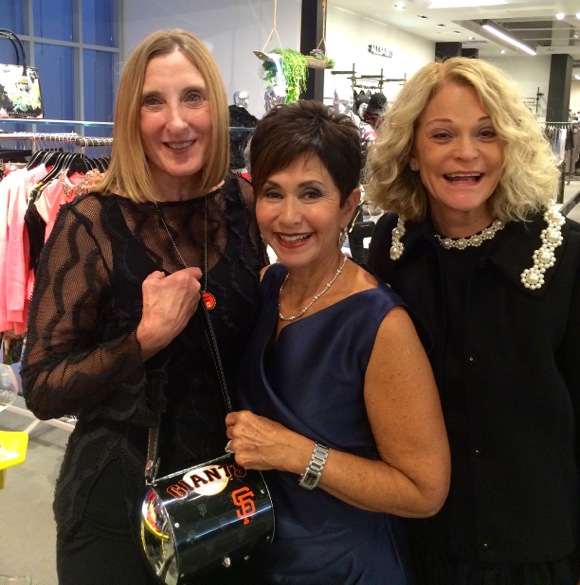