Singer/songwriter Wendy Waller passes on her knowledge via voice lessons 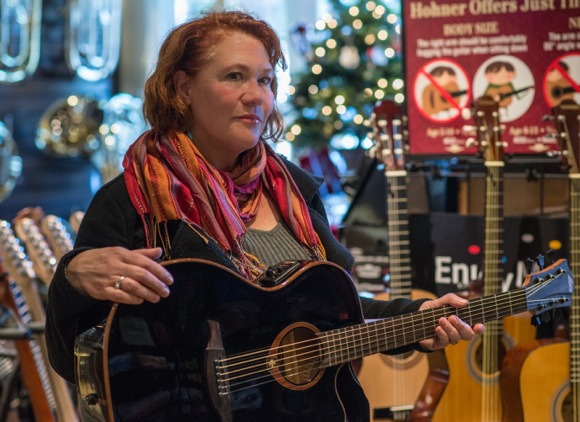 Wendy Waller has landed in Menlo Park doing what she’s been doing most of her life, singing and passing along her knowledge via voice lessons to children and adults.

“The kids I teach are usually involved with some children’s theater here on the Peninsula,” she explained about her classes at Bridgepoint Music on Oak Grove. “As for the adults, learning to sing is often on their bucket list.”

She teaches what she calls “functional singing,” emphasizing science and physiology. “I believe strongly that everybody can sing,” she said. “We work with people’s muscles in their larynx. Everyone is an individual, and there is no one prescription.”

Wendy has performed most of her adult life, although less frequently recently. “In my 20s, I made a living as a singer/songwriter at weddings and parties. I worked at Max’s Opera Cafe when the waiters would still take a turn singing. My new quest is to do house connects. I like the intimacy of that kind of event.”

We asked her what her favorite role was: “It was Winifred in Once Upon a Mattress,” she replied without hesitation. “I think there’s a lot of me in her.”