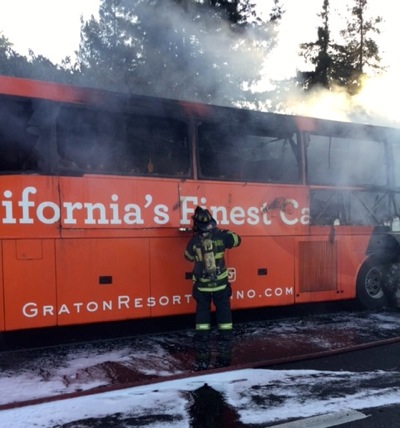 Menlo Park and Redwood City fire fighters arrived on the scene at 6.17 pm to find the casino bus fully involved in fire. The bus was unoccupied except for the driver who escaped unscathed.

Additional fire engines from the Menlo Park Fire District were dispatched to assist with water supply and a vegetation fire caused by the bus which was on the shoulder of the road next to the freeway sound wall. Firefighters used metal cutting saws to take the “skin” off the bus to get to the interior areas on fire. 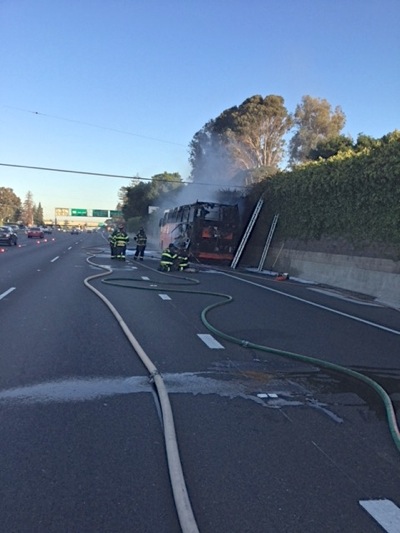 The Fire Districts Emergency Freeway access door system was used to run a water supply hose line 550 feet from a fire hydrant on the other side of the freeway sound wall on Van Buren Street to a fire engine on the freeway.

The fire was brought under control in 20 minutes at 6.37 pm. Firefighters were on scene for over an hour making sure the fire was out.

The cause of the fire is under investigation but is believed to have originated in the battery tray area of the bus.