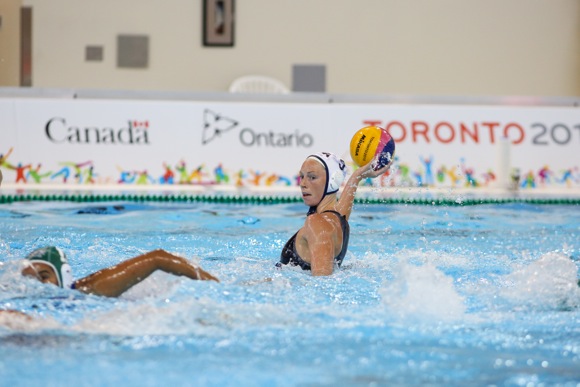 We caught up with KK on the road via email, soon after the U.S women won gold at the Pan American Games in Toronto.

InMenlo:  You grew up in Menlo Park. Where did you learn to swim and at what age?

KK: I learned to swim somewhere around age four. I have memories of swimming in my grandparents backyard but I really got into the sport during my summers at the Menlo Circus Club. My six and under backstroke record is one of my greatest accomplishments!

InMenlo: Did you swim competitively as a youngster/teen?

KK: Yes and no. The summer leagues I participated in at Circus Club were competitive, but fun-based competitive. I was really interested in other sports like equestrian and water polo, so the idea of club swimming (the kind you wake up at 5:00 am and swim before school) never hooked me. I did eventually decide to swim for my high school, Sacred Heart Prep, because it was crucial for my improvement as a water polo player.

InMenlo: When were you introduced to water polo — how and at what age?

KK: I was introduced to the sport when my sister Zizi began playing for Sacred Heart Prep’s water polo team. I was a 6th grader at Hillview Middle School. My mom would pick me up from school early so I could be the “carpool dummy.” I was happy because I was getting out of school early, but little did I know that attending and filming Zizi’s high school games would provide me with an early understanding of what can be a difficult game to grasp at first. I went to my first water polo practice later that year. 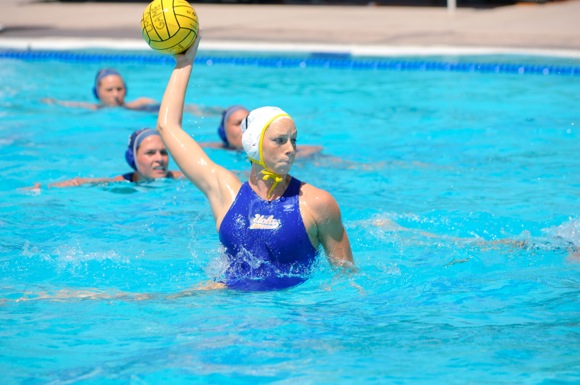 InMenlo: You played collegiately at UCLA. What did that experience teach you?

KK: Playing at UCLA for four years was an incredible experience. I still feel so fortunate to have been given the opportunity to earn my degree there as well as represent the university through water polo. Each of the four years was a completely different experience, and each team taught me different things. During my time at UCLA I learned about discipline, commitment to the process, and pride in something greater than yourself. I wasn’t satisfied with how my collegiate career ended so I was motivated to continue to play and improve as an athlete and teammate.

InMenlo: When were you named a member of the Women’s Senior National Team?

KK:  I was named to my first women’s senior national team roster in the summer of 2013.

InMenlo: Was the Pan Am Games your first international competition? If not, what was?

KK: No. My first international competition was World League Super Final in Beijing, China. Since then I’ve travelled to Spain, China, Russia, Canada, Italy, Holland, Hungary and New Zealand all to represent the USA in either training or competition!

InMenlo:  You and your team won Gold at the Pan Am Games. What’s next for you?

KK: I’m actually answering these questions from Madrid, Spain. We are training here for a little less than a week and then we are off to Kazan, Russia for World Championships! I’d love to be able to look ahead to an Olympic Games, but our team won’t be able to qualify until Spring of next year. That’s our number one goal!