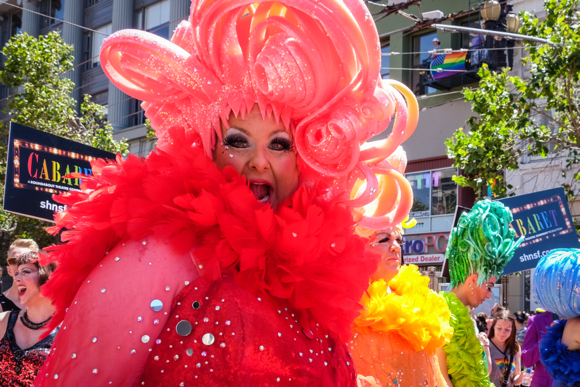 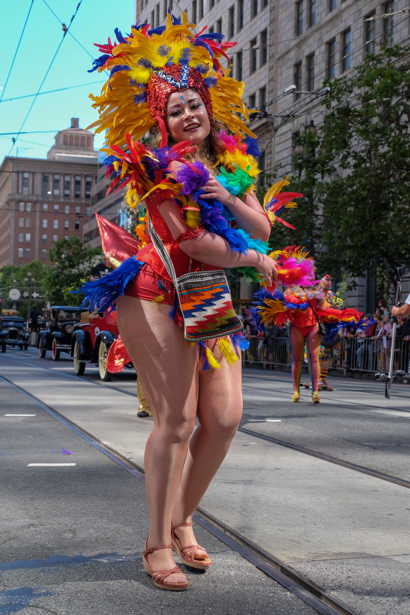 The mass shootings at a gay nightclub in Orlando prompted InMenlo contributing photographer Irene Searles to head to San Francisco last Sunday to attend what would be her first Gay Pride Parade, although it was not without some trepidation.

“I admit, I did ask myself, ‘Should I really be doing this? Could something happen?'” she said. “But I was determined not to let the bad guys win, not to live in fear.”

Irene took the train up from Menlo Park with photographer friend and mentor, Neal Menschel. “When we arrived, we noticed immediately how peaceful and controlled everything was. There was so much happiness and all kinds of people — straight and gay, couples and families.” 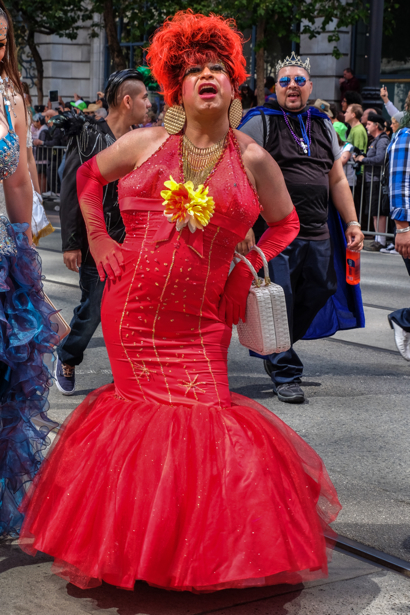 While barriers lined the parade route, Irene and Neal were fortunate to get on the parade side, so they walked along as photojournalists with the marchers. “I’d taken my two Fuji mirrorless cameras, which I’m not as familiar with as I am my Nikons, and ended up shooting about 800 images,” Irene said. “Event photography is tricky. You don’t get to isolate people. It’s a constant balance of making the photographic composition interesting as well as telling the story in time and place. There are a lot of distractions!” 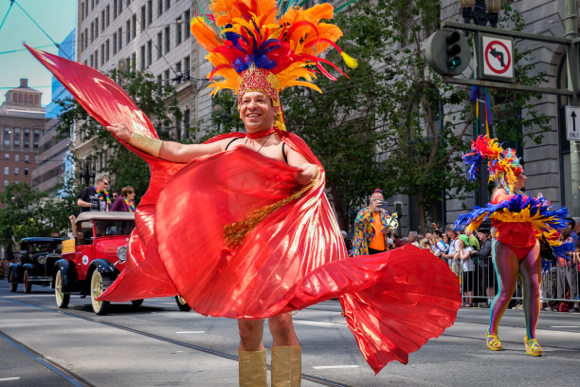 Once home, Irene selected about 100 photos that she liked in particular and realized that they could be grouped by a number of themes, including crowds, politics, signage, couples holding hands, Orlando, corporate marchers, and families, plus one more — fashion, which together we selected to feature on InMenlo. We further refined the selection by focusing on red, one of the colors of the gay rainbow. 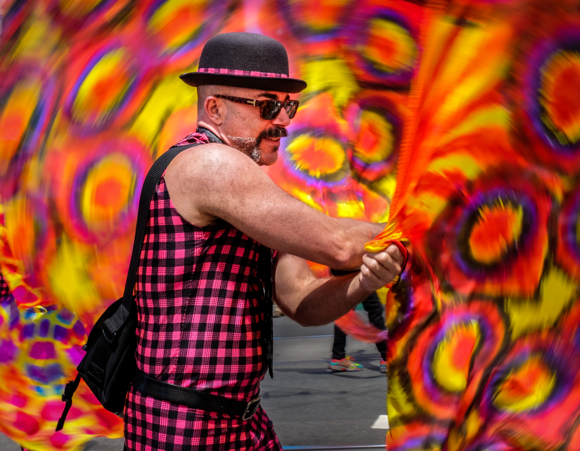