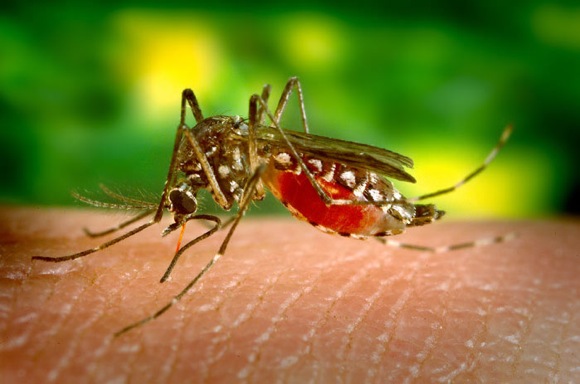 Two dead American crows, one collected from Atherton and another collected from Redwood City, tested positive for West Nile virus (WNV) on July 6th. This is the first indication of the presence of WNV in San Mateo County in 2016.

While the risk of human West Nile virus infection in San Mateo County remains low, reports of dead birds are an early indication that the virus is circulating in the environment. Residents are encouraged to report fresh carcasses of birds or tree squirrels to the California West Nile Virus Hotline at http://www.westnile.ca.gov or by phone at 877-WNV-BIRD (877-968-2473).

West Nile virus is primarily a disease of birds. However, humans, horses, and other animals can become infected with WNV if bitten by an infected mosquito. West Nile virus cannot be spread person to person. To prevent mosquito breeding on your property, avoid mosquito bites, and reduce the risk of West Nile virus infection, follow the “Three D’s”:

• DAWN and DUSK – The mosquitoes that transmit West Nile virus bite in the early morning and evening so it is important to wear proper clothing and repellent if outside during these times. Make sure that your doors and windows have tight-fitting screens to keep mosquitoes out.

In response to the discovery of West Nile virus in San Mateo County, San Mateo County Mosquito and Vector Control District (SMCMVCD) will collect adult mosquitos for WNV testing by deploying mosquito traps in the neighborhoods where the dead birds were found. The results of this mosquito testing will be available early next week.

In addition to ongoing surveillance for West Nile virus, the District continues to control mosquitoes in their immature stages through an integrated pest management (IPM) program. The District’s vector control technicians routinely inspect standing water where mosquitoes develop, and treat mosquito breeding sources throughout the county.

For assistance with a mosquito problem in San Mateo County, contact the District at (650) 344-8592. For more information on West Nile Virus and other District services, visit us on the web at: http://www.smcmvcd.org.