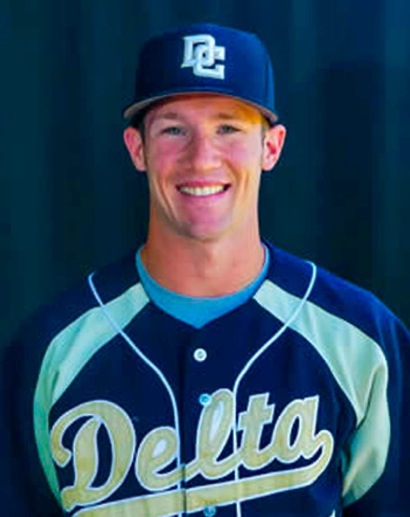 Writes Menlo Legends manager David Klein: “It is with great sadness and grief that I must inform you of a tragic loss for the Legends baseball family. Calvin Riley, a key member and top pitcher from the 2016 Legends team lost his life in San Francisco on Saturday night.

“He was one of my favorite players — a hard worker, always positive in the dugout and ready to compete. He was battling a UCL strain in his arm but insisted he was fine and always wanted the ball with the game on the line. He was incredibly tough and a friend to everyone.

“He was one of our best counselors at our camp, and the kids looked up to him. Last week Cal taught a kid a knuckle ball and today the boy was showing me what he taught him.

“Calvin was the epitome of what it meant to be Legend and his memory will live on forever. ”

Riley graduated from Serra in 2015 and was about to start his sophomore year as a pitcher for the San Joaquin Delta College Mustangs in Stockton.

A GoFundMe campaign has been created for Riley’s funeral.

What a waste of a young life. Innocently playing Pokemon, killed without any provocation. All these random killings are so sickening and they make my heart sad. Very, very sorry to his family and friends.