Sights and sounds on an August Sunday in downtown Menlo Park 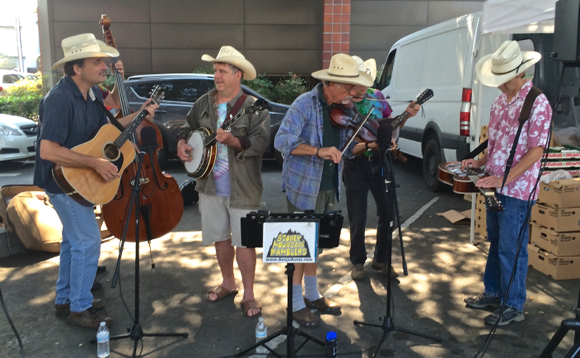 Was it our imagination, or did downtown Menlo Park appear to be jumpy more than it was for many a summer month? 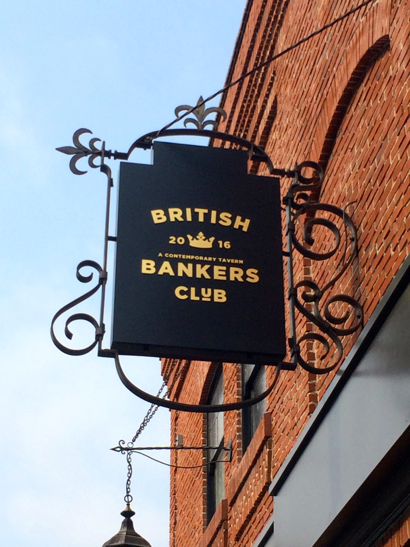 By mid-morning, the line at always popular Cafe Borrone stretched almost to El Camino — something we don’t see very often. While there we spotted new signage for the British Banker’s Club nextdoor with a date of 2016. But peering in, we weren’t sure that an opening by the end of year could really happen.

Then it was on to the Menlo Park Farmers Market, which was jam-packed. Tomatoes reigned supreme at many of the vendor stalls, along with assortments of string beans in all three colors — green, purple and yellow.

What caught our attention was the music played by the Stony Mountain Ramblers, who describe themselves as hailing from the “Stony Mountain district of Menlo Park.”  That’s new to us (and we figure tongue in cheek). They sounded great, and we intend to follow up with them to hear more about their “hot picking, high-lonesome harmonies, barn-burning dance tunes.”