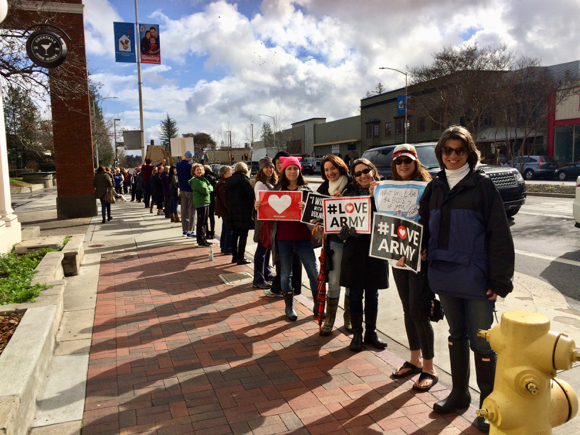 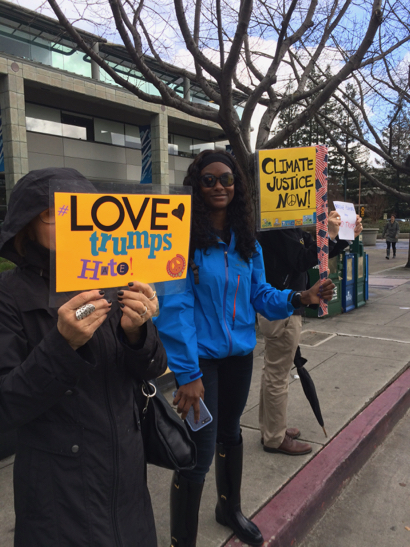 In a “sidewalk protest” that was spearheaded by the Unitarian Universalists of San Mateo (UUSM), a couple hundred people lined El Camino in Menlo Park from noon to 1:00 pm today with most clustered in front of the Menlo Center.

Those who arrived on time were blessed with sunshine between rain and thunderstorms. Those who stayed the hour got drenched in a particularly heavy downpour.

There were a myriad of handmade signs expressing support for various causes. And while the protesters themselves were largely quiet, the passing cars were not. Many drivers honked in support. According to one woman, only two drivers passing by expressed displeasure with the usual hand sign. 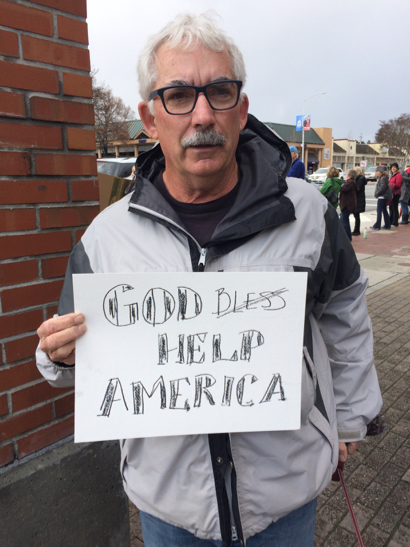 At the end of last year, the Rev. Ben Meyers, minister of UUSM, called his congregation to stand in solidarity for peace, sustainability and social justice and invited the greater Peninsula community to join in the peaceful protest.

“If you too are concerned about the rhetoric and proposed policies of the incoming administration,” he said on December 31st, “you are encouraged to come out and show that as a community we will stand our ground and fight for tolerance, decency, economic justice and democracy in our country.”

Along with the Unitarian Universalists, the Sidewalk Protest was organized by Faith in Action and Suite Up! Action Network Mid-Peninsula-SF Bay Area. 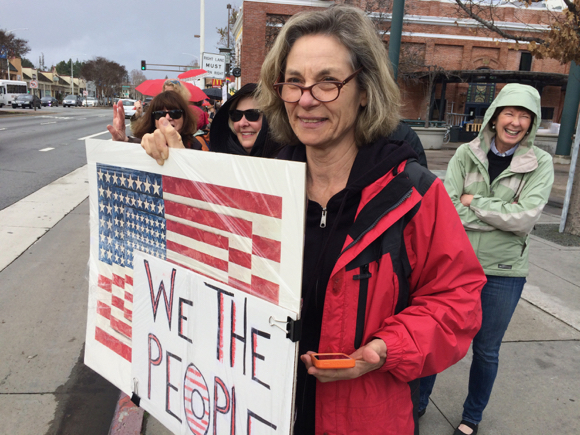 I’m sorry that I was away yesterday and could not attend these peaceful protests. Please attend the Menlo Park City Council meeting this Tuesday, January 24th starting at 7pm. At this meeting, the council will consider passing a resolution or city ordinance to “affirm Menlo Park’s commitment to a diverse, supportive, inclusive and protective community.” Please come and show solidarity with the most vulnerable members of our community!