Multi-faith panel to address pluralism and mutual respect on Feb. 18 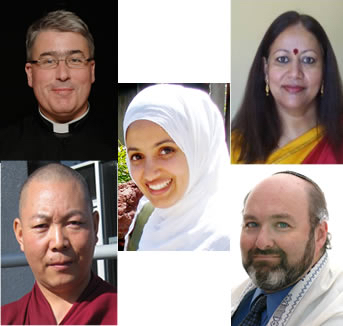 The Menlo Park Library is hosting a panel discussion on February 18 featuring representatives of several major world religions who will address questions about how each of their traditions is able to adhere to its convictions while taking a positive and respectful stance toward the diverse beliefs of others.

The speakers are being provided courtesy of ING: the Islamic Networks Group. ING is a non-profit organization whose mission is to counter prejudice and discrimination against American Muslims by teaching about their traditions and contributions in the context of America’s history and cultural diversity, while building relations between American Muslims and other groups. Founded in 1993, ING builds bridges among people of all backgrounds, through education and community engagement.

The panel discussion event is free to attend. It will start at 11:00 am at the Menlo Park City Council Chambers (701 Laurel Street). Refreshments will be served, courtesy of the Friends of the Menlo Park Library.

I already attached a comment….apparently “someone” removed it because it did not go with their agenda! What you say Linda Hubbard?